It is now increasingly certain that Barcelona boss Ronald Koeman has consolidated his position at the club and now wants to increase his level of influence.

A report in El Mundo Deportivo outlines that his key demand to the club’s board is to allow him to have a greater say in the club’s transfer policy. 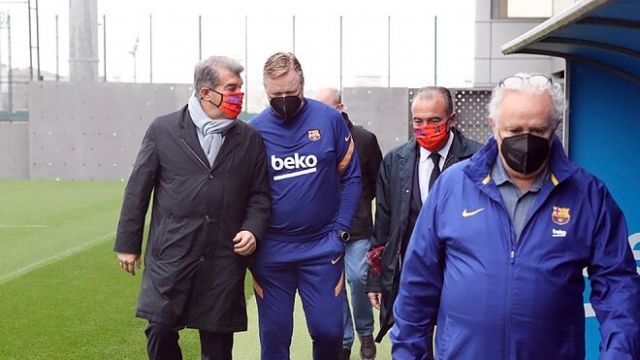 It stems from his frustration last summer on missing out on his three key targets: Manchester City defender Eric Garcia, Lyon forward Memphis Depay and Liverpool midfielder Georginio Wijnaldum – the latter two of whom played under Koeman for the Netherlands and who have all featured in Barcelona transfer news.

Koeman called on the club to sign a replacement for Luis Suarez and for a midfielder to be added after Arturo Vidal and Ivan Rakitic were sold, but no signings were forthcoming either last summer or in the January market.

The manager also wants to speak to players before they arrive at the club, rather than this being left to the board.