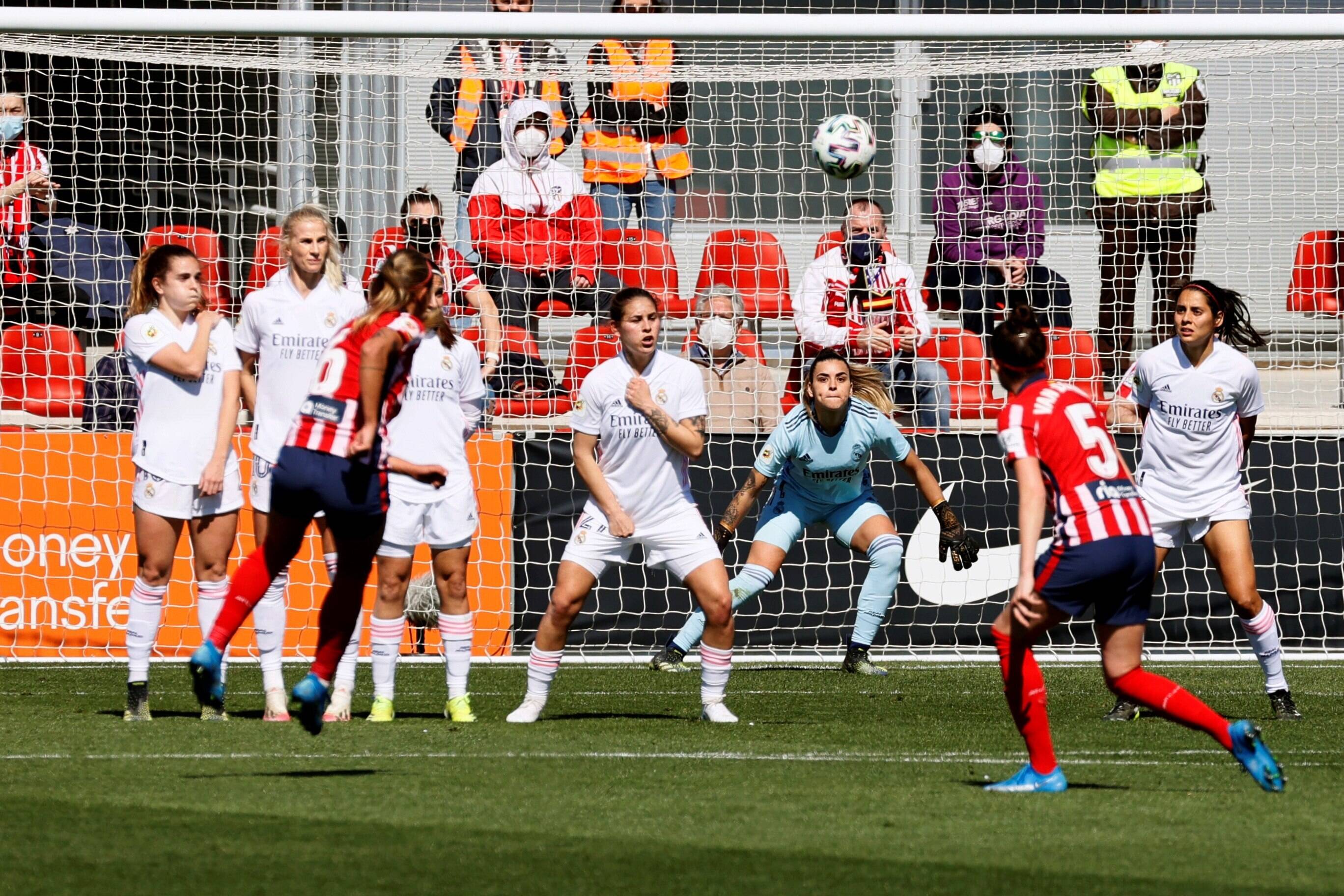 Anyone arriving late at La Orden on Saturday would have missed the decisive moment of the game, which was barely a minute old when Sporting hit the bar and the ball bounced to captain Sandra Castelló who, with her back to goal, flicked the ball over her head and it dropped over a static Atlético defence and into the net.

Castelló, who is the only survivor from the team which famously won the Copa de la Reina in 2015, hadn’t yet scored this season, but her speculative effort turned out to be the match winner, with Atlético Madrid unable to find a response, despite finishing with a wealth of attacking talent on the pitch – the suspended Deyna Castellanos was badly missed. 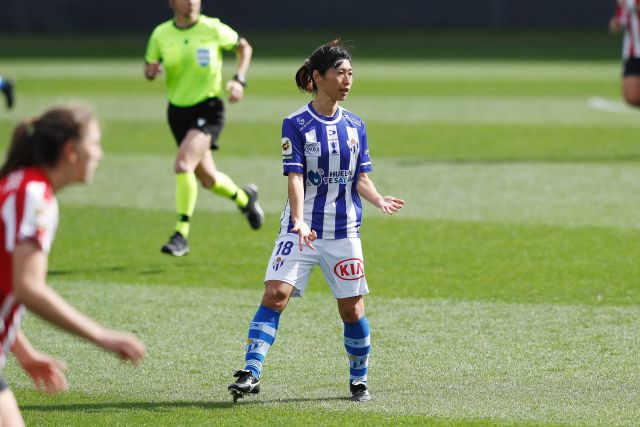 Sporting now have a five point gap to the bottom four, while for Atlético, the only saving grace of this weekend was that they didn’t lose any further ground on Real Madrid in the race for Europe.

The meeting of Real Madrid and Levante lived up to its billing as the weekend’s partidazo. With both sides in good form and looking to strengthen their European ambitions the result was an absorbing 90 minutes.

It was Real Madrid, still on a high from their historic derbí victory last weekend, who struck first at the end of a brilliant move. Kenti Robles made a typical surging run forward from the right-wing back position and played a quick one-two with Marta Cardona and crossed for Aurélie Kaci who flicked the ball up before driving it into the net.

Madrid continued to threaten but were caught out when Esther González equalised for Levante with her 20th goal of the season, making the most of space behind her marker to volley past Misa from close range.

Jessica Martínez hit the post and Teresa Abelleira was denied by María Valenzuela on the follow-up as Madrid pushed for a second but as time ticked away, they were punished at the other end, Alba Redondo found space in between two defenders and directed her shot low into the far corner to seal victory with practically the last kick.

Madrid dreaming of Europe as they cut the gap to third

With Atlético slipping off the pace, it looks like the battle for the final spot in next season’s Women’s Champions League might come down to two teams from Madrid who wear all white.

Madrid CFF are actually the more established team of the two, having played in the top-flight for four seasons but have gone relatively unnoticed compared to their more glamorous neighbours.

Only Barcelona have conceded fewer goals than Madrid’s 19 this season and their solid back four, expertly marshalled by Mônica Hickman, who opened the scoring in Sunday’s win over Santa Teresa, has been a dependable unit all season.

They also have a game in hand over the sides above them, although this is against Barcelona, postponed in January when Storm Fillomena hit the capital.

If both Madrid sides can keep up their current form, their meeting at Matapiñonera at the end of April promises to be spectacular.

Relegation battle too close to call

The fight to avoid the drop is so close that every week something huge seems to change. This week’s big winners were EDF Logroño, who climbed off the bottom by defeating Deportivo Abanca 3-0 and Espanyol, who recovered from last week’s home defeat by Santa Teresa to win 1-0 at Eibar and climb out of the bottom four.

Depor and Betis are propping up the table this week on 17 points, but they are only four behind Espanyol in 14th and both Eibar and Rayo Vallecano on 22 still look vulnerable. In fact, you cannot totally rule out Athletic Club and Valencia, both on 25 points, from getting dragged into it if things continue to tighten towards the end of the campaign.