Morata: “Cristiano to Real Madrid? Anything can happen in life”

The possibility of Cristiano Ronaldo making a sensational summer return to Real Madrid appears to be gathering pace with his Juventus strike partner Alvaro Morata admitting it was possible.

Reports from both El Chiringuito and Cadena Cope earlier this month claimed the Portuguese superstar could be allowed to leave Juventus this summer and that his agent Jorge Mendes had contacted Los Blancos over a potential return.

La Liga president Javier Tebas then added, in quotes carried by Marca: “He continues to make a difference, he is still a genius and a star. He is man made in Madrid – it would be beautiful.”

Now, Morata – Ronaldo’s club teammate at Juve, having previously played alongside the Portuguese at Madrid – as weighed into the debate. 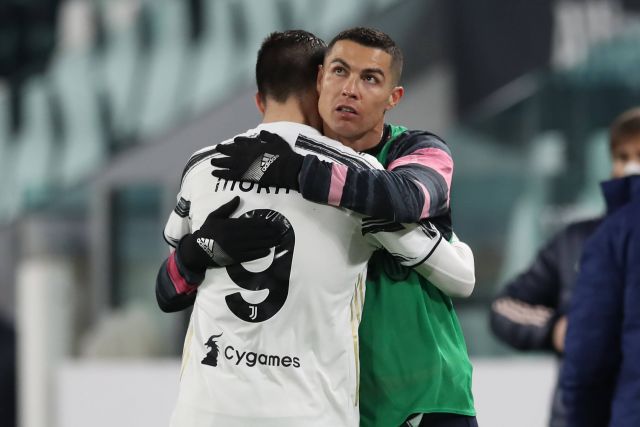 The striker said on Wednesday, in quotes carried by Marca: “We could be happier. It has been a complicated season. The objectives have been difficult, or we have lost them. I see Cristiano well despite the season we are having. We have to look forward, the season has not finished.

“I don’t know (about his future). I don’t talk to him about football, only when we prepare games. For everything else, nothing. Cristiano to Madrid? Anything can happen in life. I hope he stays at Juventus and that I can enjoy him.”

Ronaldo, now aged 36, could be on the market this summer as Juve look to ease their wage bill in order to reinvest in their squad – with a return to the Spanish capital a possibility.