The stat that shows Barcelona’s attacking improvement under Ronald Koeman

It has been a remarkable recent spell of form for Barcelona with the club unbeaten in their last 18 matches in La Liga – collecting 48 points in that run.

Sunday’s 6-1 win at Real Sociedad brought up the landmark of 100 goals for the season in Barcelona news in just 43 matches across all competitions.

As highlighted by El Mundo Deportivo, this is five matches sooner than the triple figures was hit last season – when the Blaugrana required 48 games to reach that tally. 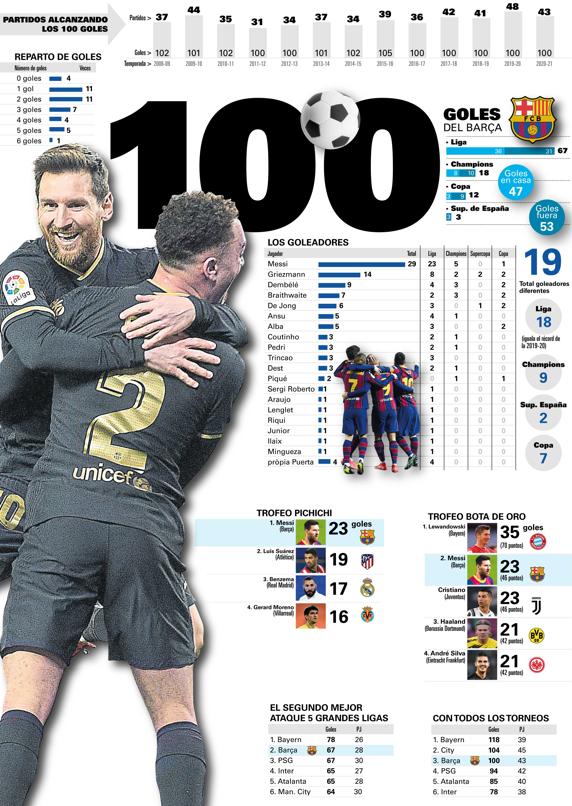 Whilst 52 goals of that figure have come from the club’s trident of attacking players – including captain Lionel Messi – the fact the goals are coming from all over the pitch should act as a source of encouragement.

Of the outfield players, only Sergio Busquets, Matheus, Miralem Pjanic, Konrad de la Fuente and Samuel Umtiti are yet to score.