Haaland and Mbappe are set to become the most dominant figures in world football in the next decade after incredible starts to life at Borussia Dortmund and Paris Saint-Germain respectively.

Their bubbling rivalry could replace the debate between former Real Madrid superstar Cristiano Ronaldo and Barcelona‘s iconic skipper Lionel Messi, and Suarez has given his opinion on the debate.

“He (Haaland) is a great player and he is at a spectacular level”, the Uruguayan international told a Twitch interview with Gerard Romero, reported via Marca. 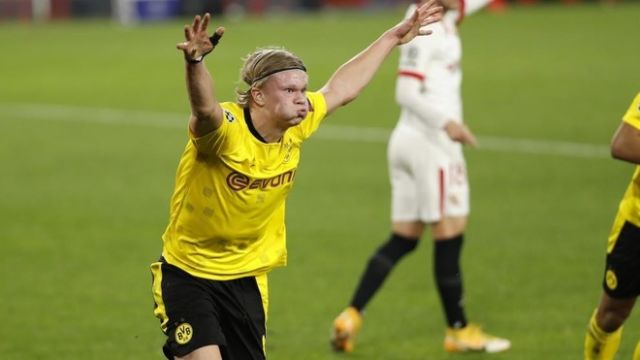 “He has an admirable physical power and he is one of the best No.9’s in the world and he will mark an era.

“I prefer Haaland a little more, but Mbappe is at a very high level”

Real Madrid and Barcelona have both been linked with moves for Norwegian international Haaland after another incredible goal scoring campaign in Dortmund.

However, Premier League giants Manchester City are also interested in the former RB Salzburg star with Liverpool potentially challenging Real Madrid for French starlet Mbappe in the years to come.