Liverpool star still undecided on his future despite Barcelona links

Liverpool midfielder Gini Wijnaldum is reportedly still undecided on his future despite growing links with a move to Barcelona.

The Dutch international is out of contract at Anfield at the end of the season with no progress on an extension to his deal with the Premier League giants.

However, despite the stand off between all parties, reports from the Liverpool Echo have confirmed the former PSV Eindhoven star has not reached a final decision on what to do ahead of next season. 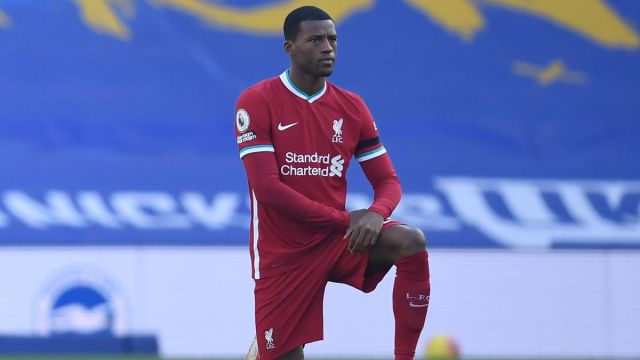 Reds boss Jurgen Klopp has consistently stated his desire to keep hold of Wijnaldum beyond 2021, but ultimately the verdict lies with the player and his representatives.

Manchester City defender Eric Garcia and Lyon striker Memphis Depay are also on Koeman’s shopping list with their own contracts expiring this summer.