Watch: Marco Asensio puts the icing on the cake for Real Madrid at Celta Vigo to make it 3-1 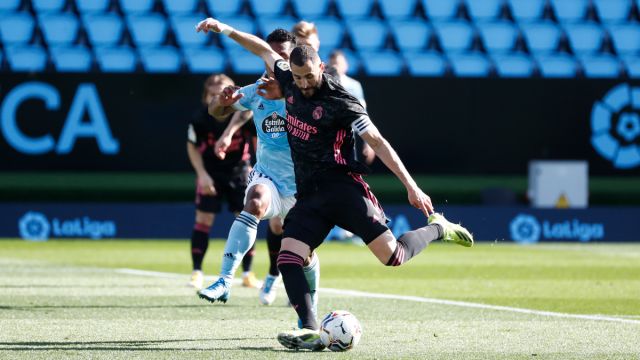 They certainly started well, pinning their hosts back and opening the scoring in the 20th minute through Benzema, who scored in his sixth consecutive game to fire his team into a potentially pivotal lead. He doubled it less than ten minutes later, seizing on a defensive error and making Celta pay, but the visitors didn’t simply ride off into the sunset.

Celta pulled one back five minutes before half-time, Santi Mina steering home a header after Denis Suarez teed him up with a floated set-piece. It was to ultimately be in vain, however, with Madrid bouncing back to put the icing on the cake in the 94th minute, right at the death. Benzema was pivotal again, setting up Marco Asensio to score after coming on for Toni Kroos.