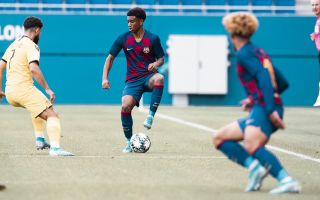 The Barcelona youth star who has been poached by Jorge Mendes

This campaign has been one full of highs and lows in Barcelona news but the one constant positive has been the emergence of the club’s young stars.

Pedri and Ansu Fati have established themselves as significant first team players while others such as Oscar Mingueza, Riqui Puig and Illaix Moriba have all gained greater prominence.

Super-agent Jorge Mendes has tried to gain significance at the Camp Nou in recent years but the only first-team squad player he is currently representing is Ansu Fati.

However, as per El Mundo Deportivo – he will now be acting on the behalf of the future of B team star Alejandro Balde. 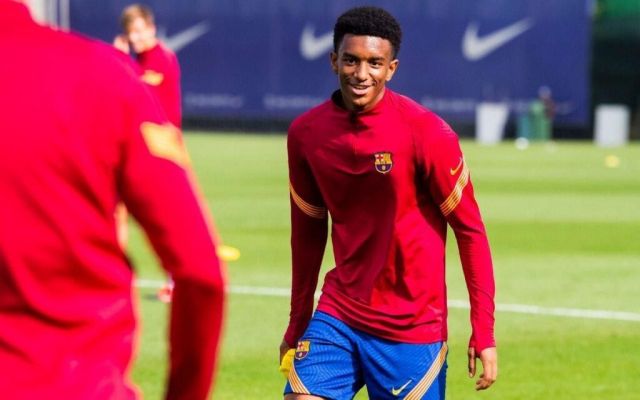 The 17-year-old has broken into that side this campaign and is tipped for a bright future at the club.

Primarily a left-back, Balde – who is of both Guinea-Bissau and Dominican descent – has also been deployed as a winger this campaign.

Balde joined the Blaugrana in 2011 having played at local side Sant Gabriel and then playing a year at Espanyol.

The three Barcelona youngsters set to be promoted to first-team squad
9 March 2021, 15:27