Barcelona star: “The double? We do not rule out anything”

They may have been eliminated from the Champions League, but one Barcelona first-team star insists they can win the domestic double this season.

Experienced defender Jordi Alba claims that there is no reason why the club cannot aim to win both La Liga and the Copa del Rey this campaign.

The Blaugrana are currently second in the league standings – four points behind league leaders Atletico Madrid, with Real Madrid also in the race – and due to contest next month’s Copa del Rey final against Athletic Bilbao. 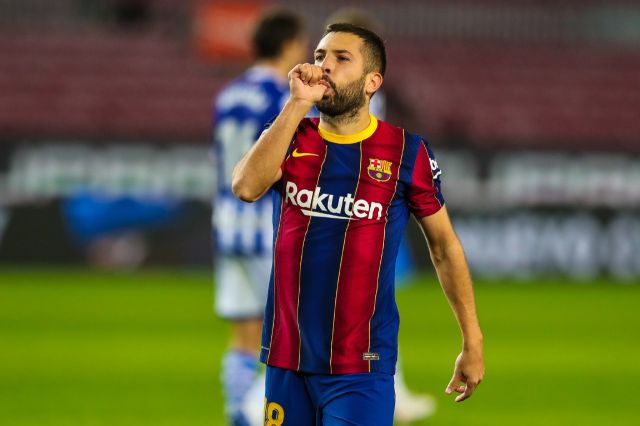 The Catalan giants have endured a tough campaign with multiple disappointments and setbacks but are the nation’s form team since the turn of the year and look set to enjoy a strong run of form in the run-in of the season.

Now, Spain international Jordi Alba believes the club can make it a memorable season by regaining both the domestic league and cup titles.

The left-back told Marca: “Yes, it’s true, the team has grown a lot this season. We have put ourselves in the Copa final with a great comeback and in La Liga we are there. The double? We do not rule out anything.”