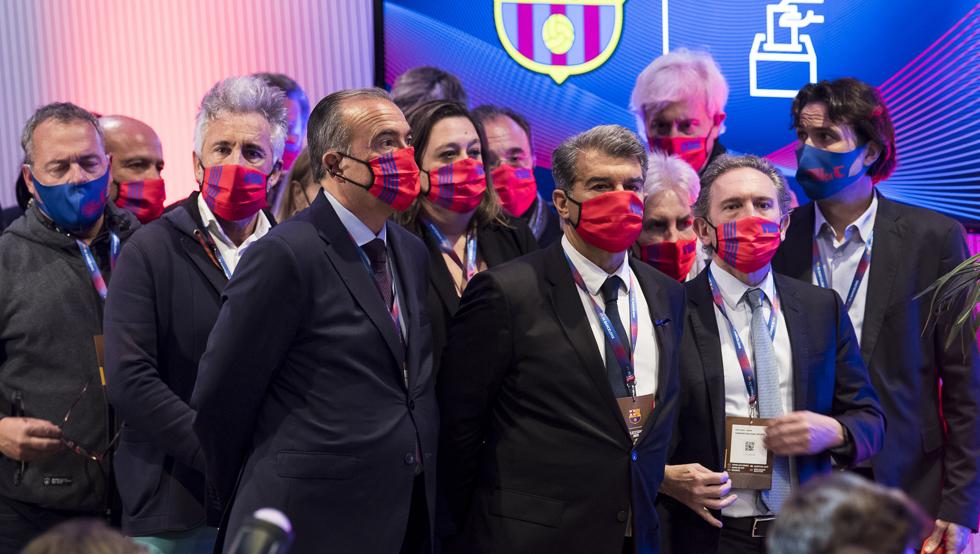 The new Barcelona board under Joan Laporta

Joan Laporta will officially be inaugurated as Barcelona president on Wednesday after depositing the €124.6m depository payment to seal his appointment.

Laporta will be president of the club for a second period having previously been at the helm at the Camp Nou between 2003 and 2010, but political opponents Sandro Rosell and Josep Maria Bartomeu had occupied the position in the decade since.

Earlier this week, there had been concern sparked by the exit of Jaume Giró – Laporta’s leading economic advisor – from the project, and who believed Laporta would need to seek investment through the North American risk fund, in concerning Barcelona news.

However, the CEO of Mediapro Jaume Roures and Eduard Romeu – the vice chairman of renewable energy company Audax Renovables, based in the Catalan capital – have both financially backed Laporta, with the latter set to be the new economic vice-president of the club.