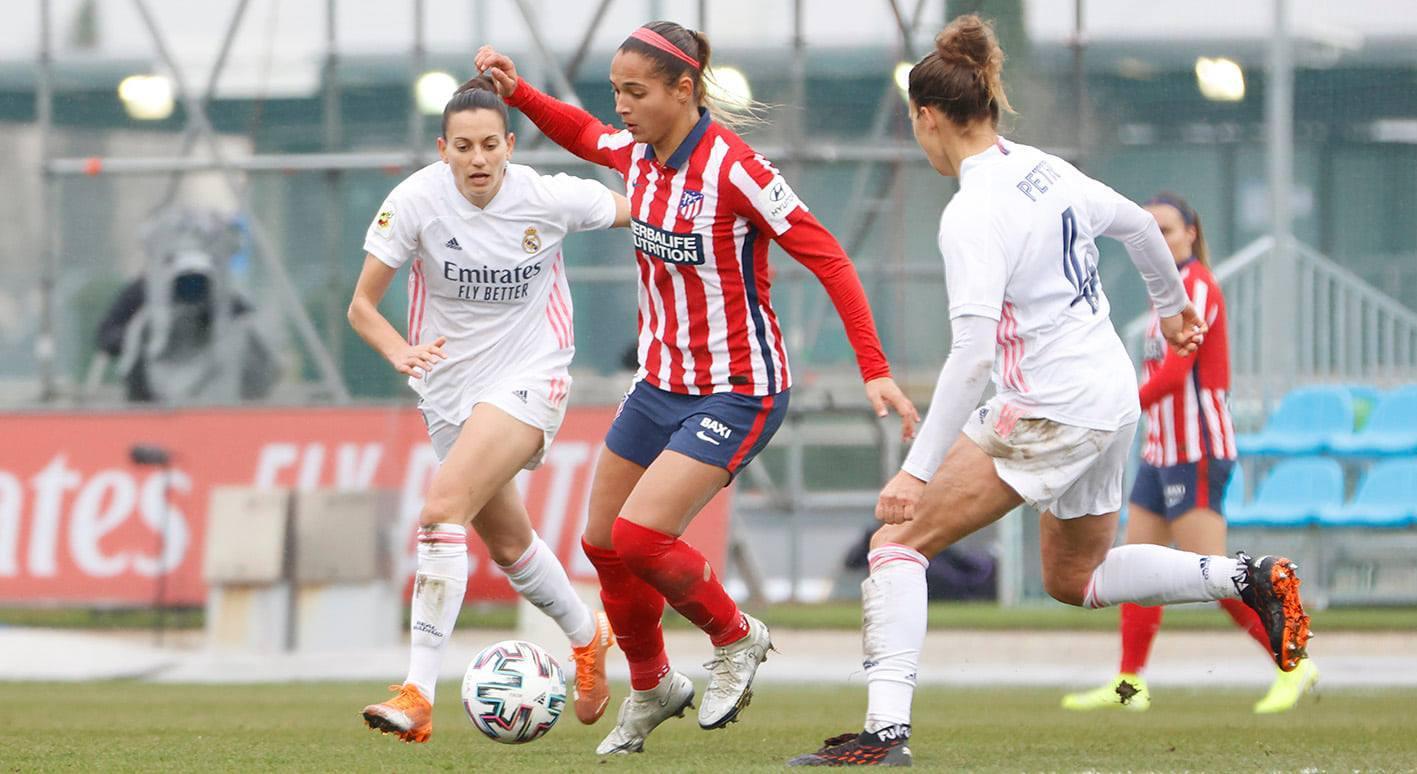 Real Madrid took a huge step towards confirming their first appearance in the Women’s Champions League with a 1-0 win over Atletico Madrid in the second derbí of the season in Alcalá de Henares on Sunday. 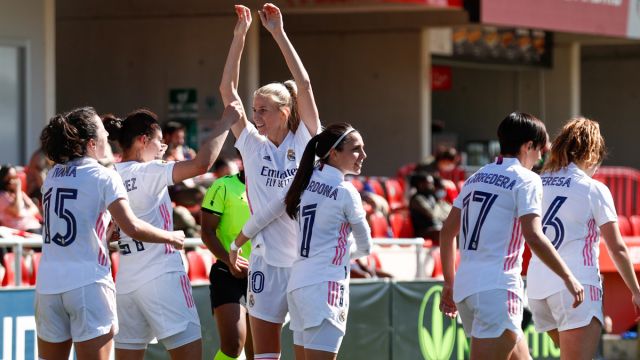 Swedish forward Sofia Jakobsson scored the only goal of the game on 68 minutes, latching onto Teresa Abelleira’s through ball and calmly slotting into the bottom corner.

Madrid had endured almost constant pressure since the 17th minute when Olga Carmona was sent off for a professional foul on Ludmila but fortunately for them, Misa Rodríguez was in unbeatable form in goal. 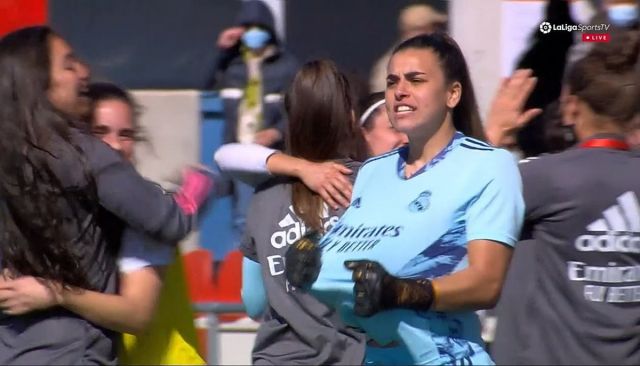 The former Atlético goalkeeper was inspired as she kept out efforts from Emelyn Laurent and Leicy Santos and was later involved in the game’s second red card when Deyna Castellanos picked up her second yellow card for diving in on the goalkeeper after she had gathered the ball.

A bad week for Atlético just got worse. On Wednesday they had failed to overturn their 2-0 deficit against Chelsea in the last 16 of the Champions League and now this defeat leaves them six points behind Real Madrid in the race to qualify for next season’s competition.

Business as usual for Barça

It has long since been a case of ‘when’ Barcelona will win the league rather than a question of whether they will or not. With a nine-point lead over Levante in second, despite having played three games fewer, most people are wondering how many records this team can break on their way to a sixth national title – a record in itself.

This win over Valencia saw them move to within five goals of hitting a century for the season, with the damage being done before the break. Alexia Putellas, Caroline Graham Hansen, Asisat Oshoala and Patri Guijarro made victory secure with the goals in the opening period with Graham Hansen adding a late fifth from the penalty spot after several second half substitutions had disrupted the flow of the game.

With domestic success certain, Barcelona’s focus will turn towards Europe, where they now know the path they must take if they are to make it to their second Champions League final. The quarter finals have pitted them against Manchester City and if they get through that, it is likely that five-time defending champions Lyon will be waiting for them in the semis.

After starting the season with eight straight defeats, Deportivo Abanca looked doomed to relegation. Although that run included some heavy defeats, notably at home to Atlético in week nine, there were also several games where the Galician side had played well enough to deserve more than they got from the game.

One player whose fortunes sum up her club’s frustrating season is Athenea del Castillo. The 19-year-old from Santander made history as the first Deportivo player to earn a full international cap in the Autumn, but until Saturday she only had two goals to her name, a scant reward for a season of industrious performances.

Having already gone close to opening the scoring with an effort which grazed the post, she put Depor in front on 23 minutes, capitalising on a loose ball inside the area to fire home and after Alba Merino doubled their advantage, she put the game to bed with a third on 61 minutes.

This result lifted them off the bottom and they stand only two points off safety and next weekend’s match with EDF Logroño, who now occupy last place, already has the feeling of a decisive clash.