RB Leipzig have risen to prominence both on the German and European stage in recent seasons and have provided a platform for several star players to perform at the top level.

Their central defender Dayot Upamecano has already agreed to join Bayern Munich this summer and his defensive partner Ibrahima Konate is now a target for top European clubs. 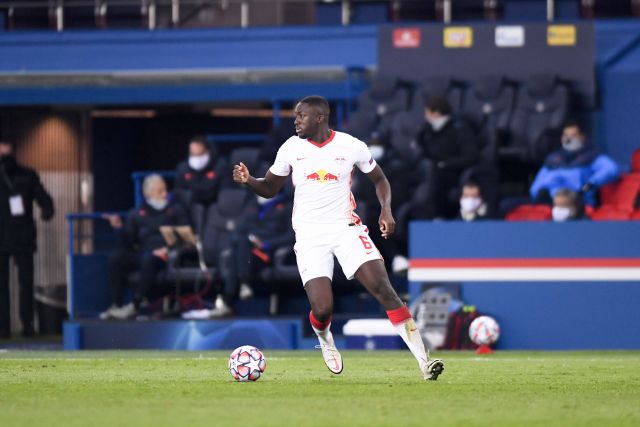 According to a report from Diario AS, the France Under-21 international is the subject of transfer interest from both Real Madrid and Barcelona.

It is reported that his release clause is €45m but he could be available this summer for a fee in the region of €25m-30m and Madrid could see him as a potential replacement from Raphael Varane.

Varane has been at the heart of the Manchester United transfer news with the Manchester Evening News highlighting how he was the number one transfer target at the Red Devils.

The centre of defence could be a potential long-term issue at both Madrid and Barcelona, while Konate – who has made 89 first-team appearances for Leipzig since joining from Sochaux in 2017 – may provide a solution.