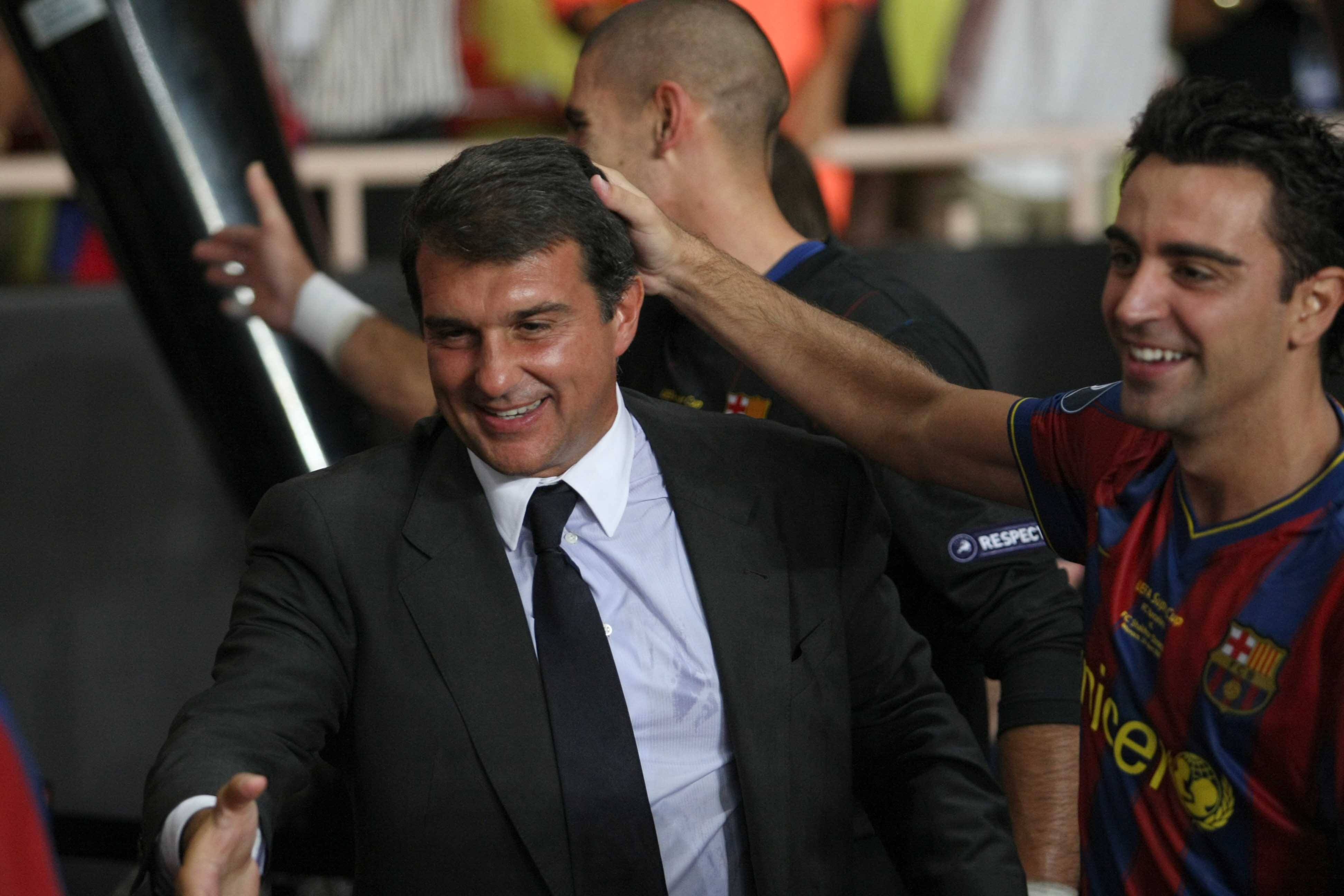 Xavi on Joan Laporta election: “Barça will return to be the best in both sporting and economic results”

Former Barcelona captain Xavi Hernandez insists that new president Joan Laporta will lead the club back to the top both in sporting and economic terms.

Laporta, who secured the presidency with 30,184 votes (54.28 percent) inherits a club who last season did not win a trophy and have been eliminated from this season’s Champions League.

Whilst the club are in the Copa del Rey final this campaign and remain in the title race in La Liga, there is an acceptance that standards and results on the pitch have slipped in recent years from the club’s pinnacle last decade.

Furthermore, the club is in a significant amount of debt that will majorly restrict any spending.

Read more: Barcelona on the verge of bankruptcy

Laporta was president of the Blaugrana between 2003 and 2010 but Xavi – who was club captain for much of that time – believes it is not just nostalgia around the new president.

The current Al Sadd boss has explained, in quotes that have been carried by Diario Sport: “Laporta is a good friend of mine. I know him very well. He is the best president I have ever had. Barça will return to be the best in both sporting and economic results. There are problems to solve but he can do it all. I wish him well. I am in contact with him and I am very happy.”