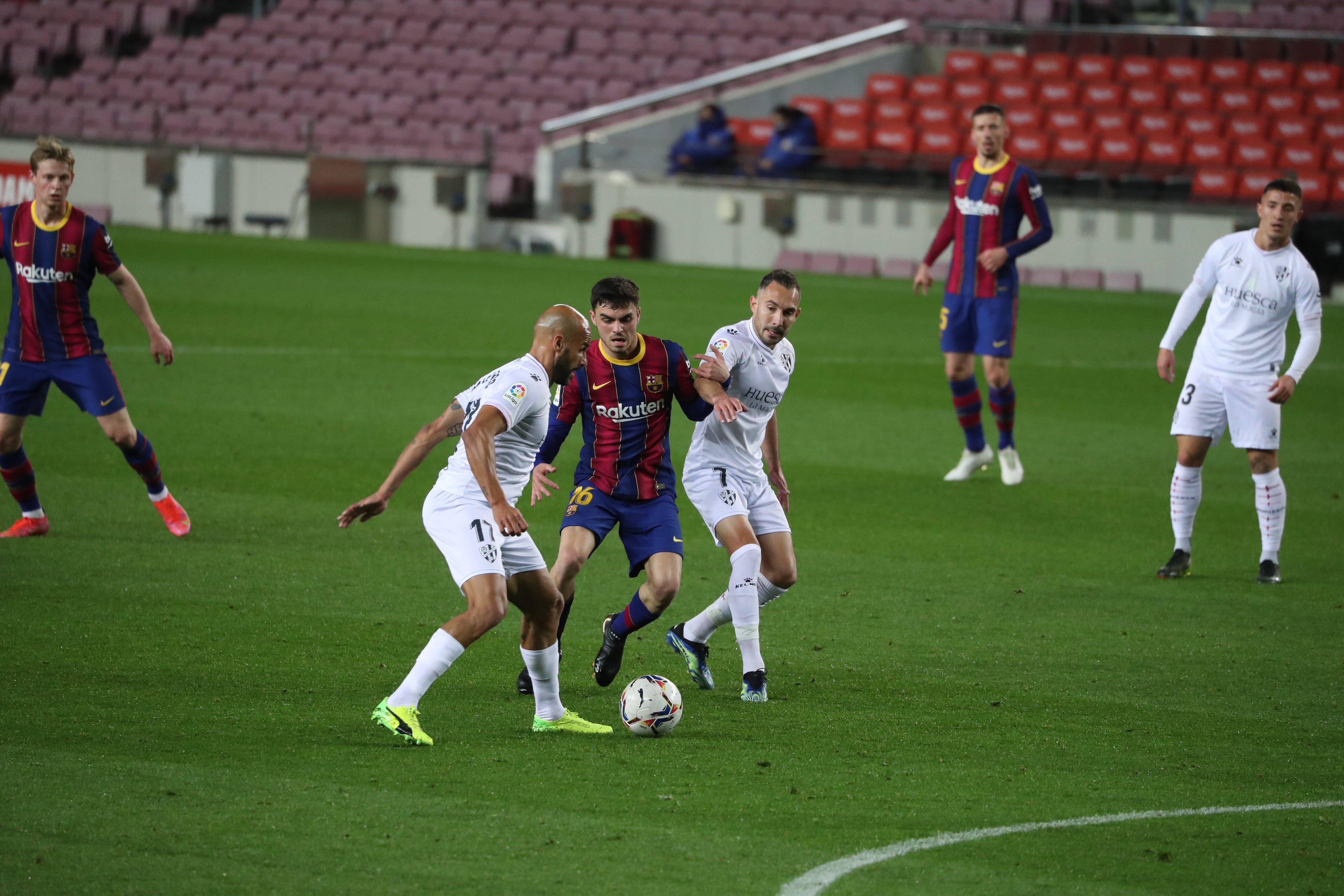 A brace from Lionel Messi, alongside a first club goal for Oscar Mingueza and a brilliant Antoine Griezmann strike secured a crucial three points for the Catalan giants.

That win closes the gap at the top of the table to four points behind league leaders Atletico Madrid with 11 games still to play in the 2020/21 season.

“We added three points that are important and we are now four points behind Atletico,” he told a post match interview with Marca.

“I have always said that we would not give up on the title. We have a good team and we will keep fighting.”

Pedri has established himself as a key player in Koeman’s starting midfield during his first season at the club.

The 18-year old’s form has also caught the eye of Spain boss Luis Enrique who has handed him a first ever senior call up for La Roja’s 2022 World Cup qualifiers later this month.