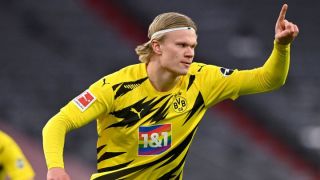 Borussia Dortmund have issued a ‘hands off’ warning to any clubs interested in making a move for star striker Erling Haaland this summer.

The Norweigan international has enjoyed an eye-catching campaign with the German side, after recently breaking the record for the youngest player to reach 20 Champions League goals.

He is rumoured to be attracting interest from across Europe, with Real Madrid and Barcelona tracking his progress ahead of the 2021/22 season.

However, despite the ongoing speculation, Dortmund Sporting Director Michael Zorc confirmed the club are confident of holding onto him in the coming months. 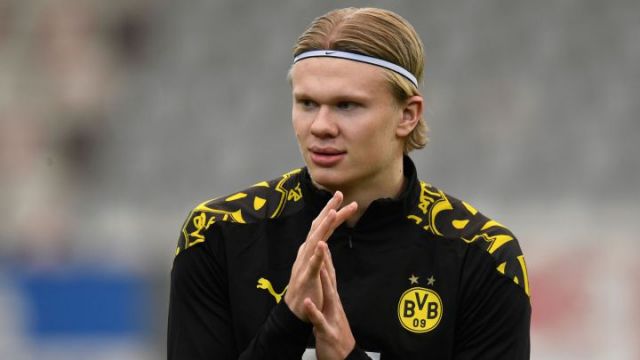 “If he ever decides to leave us, it would only be for a few teams,” he told an interview with Die Welt, as reported by Marca.

“But we will try to keep him as long as we can. I haven’t seen anyone like him.”

New Barcelona club president Joan Laporta has reportedly highlighted Haaland as his primary target as he aims to make the club a major player in the transfer window.

Real Madrid will remain in the race to sign the 20-year old, however, Paris Saint-Germain forward Kylian Mbappe is set to be their main objective.