Villarreal are preparing an offer to make Juan Foyth’s loan move from Tottenham into a permanent deal this summer.

The Argentinian international joined the Yellow Submarine on a season long deal at the start of the 2020/21 season shortly after agreeing a new contract at Spurs.

However, his move to the La Liga side includes a optional purchase clause of €15m which must be invoked before the start of next season. 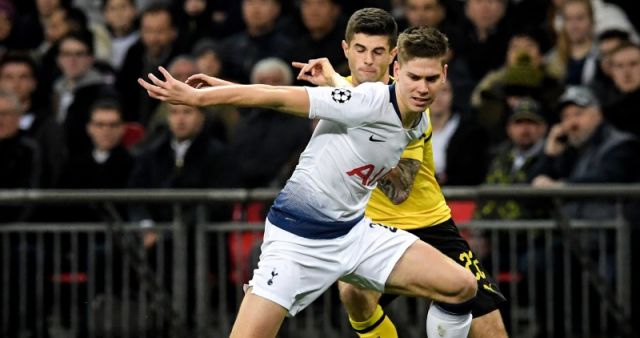 According to reports from Diario AS, Villarreal boss Unai Emery wants to keep Foyth at the club ahead of the 2021/22 campaign, but the board are not willing to pay the full clause.

Spurs are rumoured to be happy to sell Foyth, despite his contract extension, with Japhet Tanganga moving ahead of him in the pecking order in North London.

Emery is keen to tie Foyth down to a long term deal at the Estadio de la Ceramica as soon as possible with speculation over centre back partner Pau Torres‘ future continue to intensify.