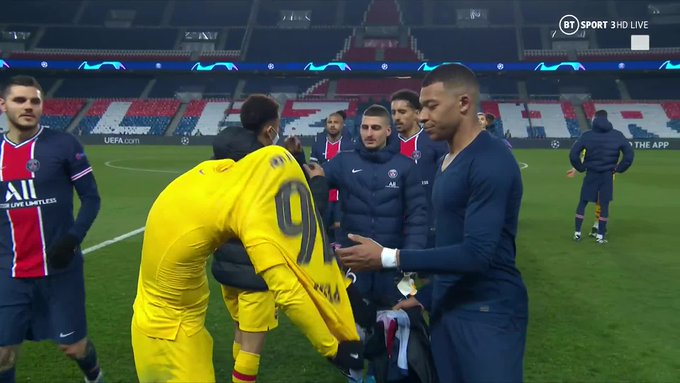 Watch: Kylian Mbappe appears to ask Pedri to swap shirts with him upon the full-time whistle

Mbappe was the one who opened the scoring, however, converting a penalty kick on the stroke of the half hour mark to put PSG into a pivotal early lead. Barcelona struck back through a Lionel Messi golazo. The Argentine picked up the ball some distance out before unleashing a powerful effort past Navas and into the top-left corner of the net.

Messi had the chance to make it 2-1 just before half-time, but his penalty was tipped on to the bar by Navas and kept out. It was a moment that would prove decisive in the tie and Barcelona’s European campaign, but a sign of the future was evident upon the final whistle, when Mbappe appeared to ask Pedri to swap shirts with him. An instance of game recognising game, and perhaps a window into the future of European football as one generation passes the baton to the next.