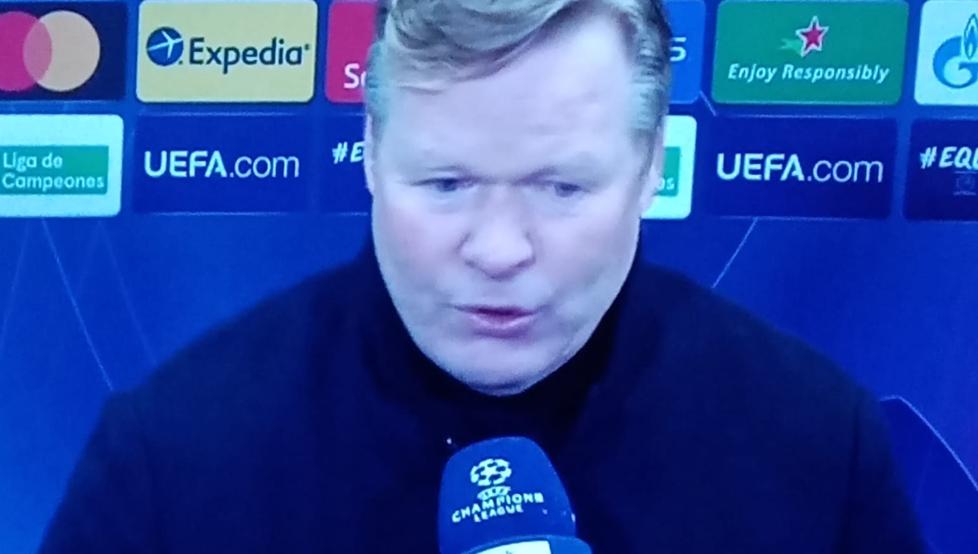 Ronald Koeman on Lionel Messi’s future: “He can’t have doubts about the future of this team”

Barcelona had lost the first leg 4-1 at Camp Nou last month, with Kylian Mbappe scoring a hat-trick. Ronald Koeman‘s men have been on a good run of form since, however, and it was amidst this attitude they pulled up at Parc des Princes. Barcelona started well, too, peppering Keylor Navas in the PSG goal in pursuit of that crucial opener. Ousmane Dembele, playing in his home country, was a constant threat, but it was Sergino Dest who came closest early doors. The right-back had an effort on goal tipped onto the crossbar by Navas in the 23rd minute.

“We have good feelings,” Koeman said post-game as per Mundo Deportivo. “We’re eliminated and we’re sad about that, but we made it difficult for them. We played a great game in the first half. We deserved for it to be 2-1 at half-time, and at 2-1 anything’s possible. We risked, pressured, dominated and created enough opportunities, but we didn’t take advantage of them.

“We’re going in a different way. Yes, it’s sad that him and Cristiano [Ronaldo] didn’t make it [into the quarter-finals]. But Messi must decide his own future, nobody can help him with this. He’s seen for a long time now that the team is going in the right direction. And with the changes we’ve made and the youngsters who are only going to improve, he can’t have doubts about the future of this team. Everyone can be proud, including our president. We’ve shown our face and from the first to the last second we saw a team that wanted to win this tie.”