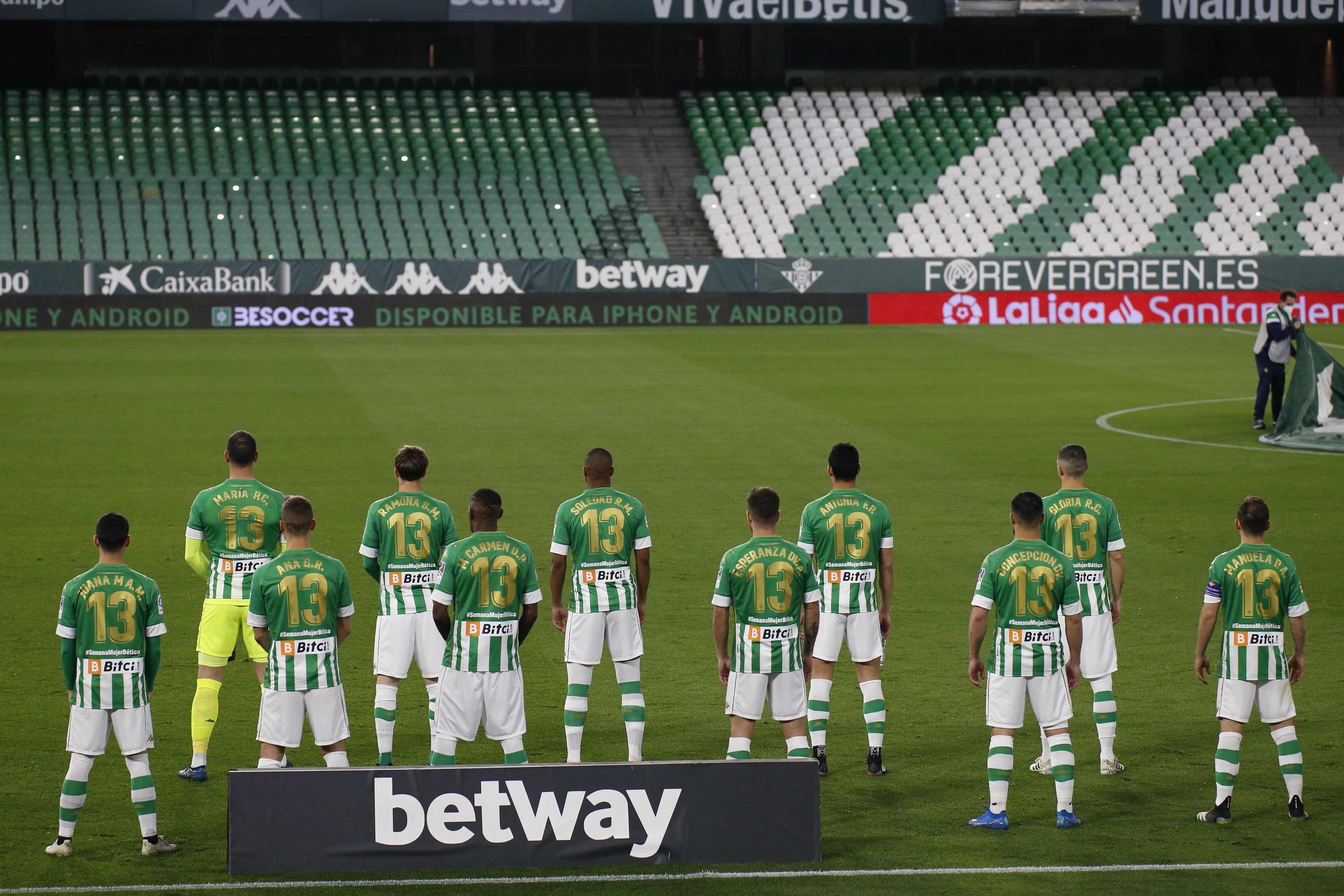 The Monday action in La Liga saw Real Betis launch a remarkable comeback to come from two goals down to edge out Alaves 3-2.

The victory consolidated the Seville-based club’s place in the top six whilst also seeing them to move to within just six points of a top four spot.

However, the victory also took place on International Women’s Day and the home club made a fitting tribute to mark the occasion.

Our treasure. Our heritage. The 13 women who have season ticket holders for longer. pic.twitter.com/FPstKmgjK3

Ahead of the encounter, Betis invited their 13 longest-serving female season ticket holders to the club’s facilities and offer them a special shirt with their names emblazoned on the back.

Then, ahead of kick-off in Monday night’s encounter – the home side lined up with each of those specially designed shirts over their matchday kit.

Manuel Pellegrini’s side also had a special captain’s armband to mark the week dedicated to female members.