Real Betis have given their chances of a European qualification place in 2020/21 a huge boost via a 3-2 comeback win against Alaves.

Manuel Pellegrini‘s side have strung together an impressive run of results in recent weeks, with four wins in five La Liga games, heading into their clash with the Basque side.

However, things did not go to plan in the early stages at the Estadio Benito Villamarin, with Joselu and Edgar Mendez putting Alaves 2-0 in front at the break. 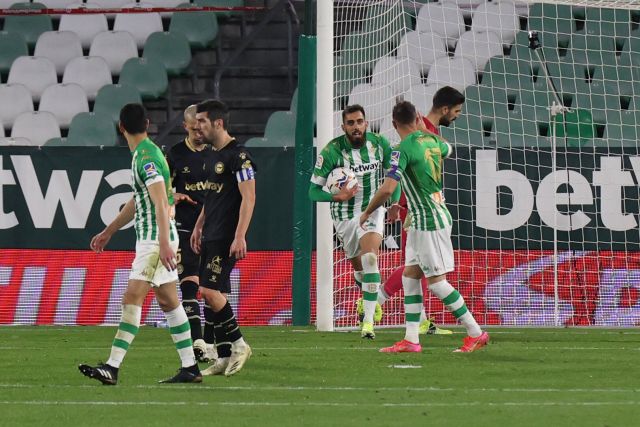 Pellegrini opted for a tactical reshuffle at half time, bringing on Borja Iglesias and Joaquin to inject some life into his side.

Top scorer Iglesias dragged Real Betis back into the game with a penalty on the hour mark before veteran winger Joaquin levelled things up with ten minutes to go.

Joaquin equalises for Betis with a brilliant header! 🟢⚪

The 39-year-old captain's looping header has brought his team back level after being 2-0 down 🔥 pic.twitter.com/JMPf4JatOE

Spanish international Iglesias completed the comeback as he netted a superb winner with less than 90 seconds of normal time remaining.

Borja Iglesias meets Emerson's cross in stride and guides it into the far corner with a fantastic header 🟢⚪ pic.twitter.com/MttwpjMnkF

The result moves Real Betis up to sixth in the table, six points behind arch rivals Sevilla in fourth, with a huge Andalucia derby against Julen Lopetegui’s side this weekend.

Images via One Football/Getty Images