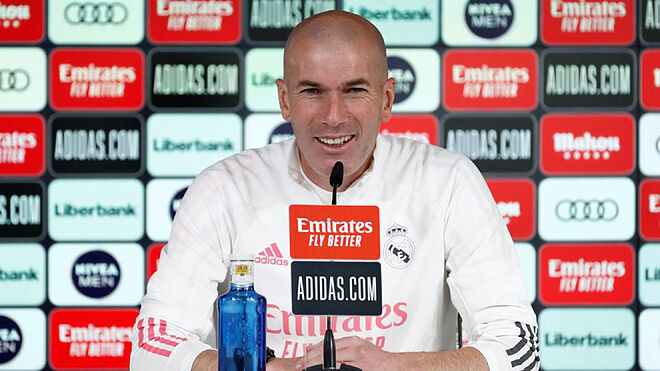 Zinedine Zidane: “There’s no favourite in a derby”

The table suggests comfort. Atletico are five points clear of Barcelona and Madrid, with a game in hand. But Spain’s traditional big two carry tremendous cachet, and are in better form than Atletico, who have lost one and won two of their previous five in La Liga. Both Barcelona and Madrid have won four of their last five.

Los Rojiblancos started the season on fire, but have faltered in recent times. Their traditionally adversarial mentality befits the underdog, the man on the shoulder as opposed to the one leading the pack. Retaining their mental fortitude will be essential should they intend on winning a second league title this century, and Sunday’s derby will be a stern test.

Madrid coach Zinedine Zidane, speaking pre-match, insisted that his charges will go into the game with confidence but without arrogance. “There’s no favourite in a derby,” he said in comments carried by Marca. “There’s a nice game to be played, a great game of football. That’s what the fans want to see.What happened in the past doesn’t have anything to do with anything. We’re going to play a good game and that’s it.

“I don’t know what will happen, but we have to play a good game because we’re coming up against a great rival, who’s in form. We need to start well and play a good game for 90 minutes, because they’re a very good opponent. The players really like playing in these types of matches.” Zidane also confirmed that Karim Benzema will be available for selection after returning from injury.