Barcelona news is being dominated by this weekend’s presidential elections which will go a long to deciding the club’s future.

Joan Laporta, Toni Freixa and Victor Font are the three candidates on the final ballot and each has a different idea on the future of the club and will appoint a new board following their triumph.

This could go a long way to determining the future of Barcelona boss Ronald Koeman, who was appointed last summer by the club’s former president Josep Maria Bartomeu.

Whilst no presidential candidate is openly calling for a change of boss should they win the election, the position is undoubtedly one that they will be assessing with each holding differing views on the job performance and suitability of Koeman. 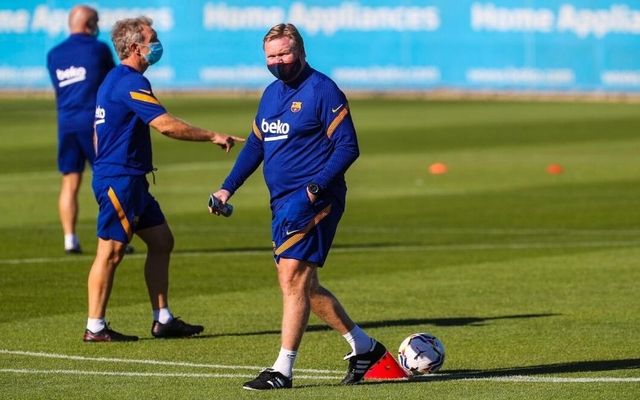 Koeman told reporters in his pre-match press conference on Friday, in quotes carried by Marca: “I do not know if I have done enough to continue, I only know that I have one more year of my contract.

“In two or three days we will have a president and we will talk. Now, I must concentrate on the games and win. That is the best for everyone. We know that we will play the Copa final and that we can win an important title…as for the the rest, it is not in my hands.

“Of course, the elections are a good thing because having a president is very important. It is important to know the possibilities for the future, in the team, in improving things.

“The three candidates have had good campaigns. The only thing that, of course, the phrases, the words are also to win votes. This is normal and always happens.

“I have no preferences. I do not know any of the three personally, I have only greeted them in the meeting with (interim president, Carles) Tusquets. The votes are of the members and they will say and decide the president.”