It has been a tumultuous week in Barcelona news off the pitch this week but on the pitch is focused on the side’s upcoming Copa del Rey semi-final second leg against Sevilla.

The Andalusian side lead 2-0 following on from the first leg in Seville last month and are in a strong position to advance to the final ahead of the return leg at the Camp Nou on Wednesday. 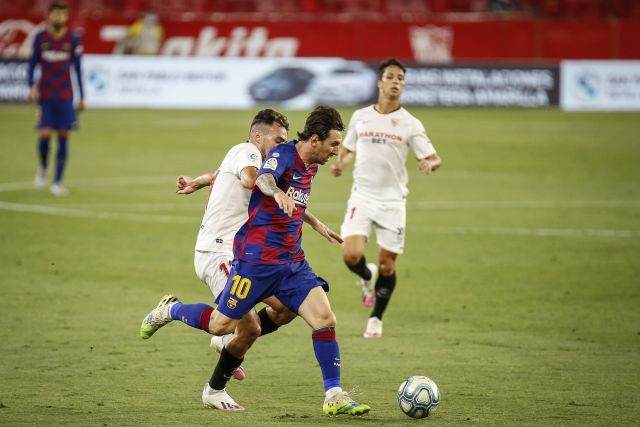 However, El Mundo Deportivo outlines why the Blaugrana should remain hopeful due to the remarkable record of Lionel Messi against Los Rojiblancos.

Messi has scored 38 goals in 42 appearances against Sevilla and he has won 30 of those games, drawing seven and only losing five, two of them in the Copa.

The Argentine  has scored three hat tricks and netted seven doubles against Sevilla, while two seasons ago the Blaugrana came from behind in the first leg to win the return game 6-1.