16 of the 20 clubs in La Liga have had their budgets reduced following the conclusion of the January transfer window with Barcelona losing €35m.

The full amounts are outlined by Marca, with Barcelona news seeing their club’s budget reduced by 9.31 percent from €382.7m to €347m. 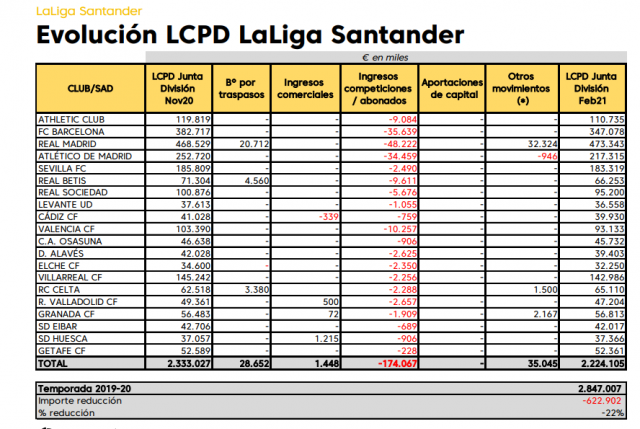 Celta Vigo, Huesca and Granada were the only other three clubs to increase their budget.

It is outlined by the report that clubs have now lost a total of €2,000m combined due to the impact of Covid, with the financial ramifications now being keenly felt.