Real Madrid boss Zinedine Zidane faces some difficult decisions before the end of the season with two of his most experienced stars out of contract in July.

Club captain Sergio Ramos and Luka Modric are yet to agree extensions at the Estadio Santiago Bernabeu with the club continuing to play hardball over new deals due to the ongoing financial pressure of the Covid-19 pandemic.

Predicting the next moves from the La Liga giants is difficult, but with a soccer 365 prediction, you can keep up to date on the latest odds on where players will be plying their trade next season.

Ramos’ situation is filled with emotion due to his long-standing special relationship with club president Florentino Perez and the Real Madrid fanbase.

However, both he and Modric are stuck at an impasse over the length of extension on offer from Perez, due to the club’s existing over 30’s extension policy.

Real Madrid have consistently avoided awarding more than 12-month extensions to players aged over 30, regardless of their importance or status at the club, but Ramos and Modric are seeking special status based on their iconic position in the Spanish capital.

Who makes the next move is not call, but if you are looking for some advice in other markets, sport verified prediction tips can give you a vital edge.

If the La Liga giants, do opt to dig their heels in over the talks, Ramos will not be short of offers to leave, with reports from the Daily Mail claiming Manchester United and Paris Saint-Germain are poised to make a big money offer to the Spanish international.

Modric’s position is less clear, and less covered by the Spanish media, but he will also be pursued, with a move to the MLS a potential option as a profitable career swansong for the Croatian schemer ahead of the 2021/22 season. 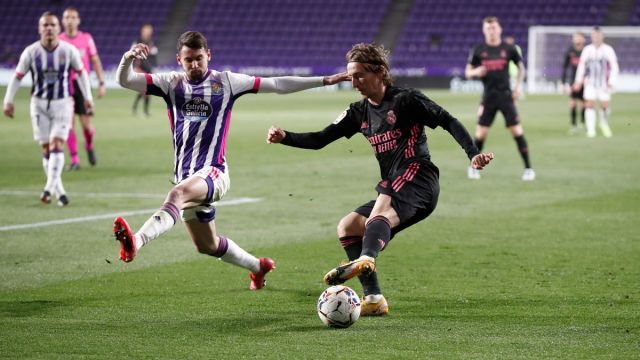 Alongside the major news of Ramos and Modric’s contract winding down in Madrid, utility man Lucas Vazquez is also out of contract at the end of the season.

The Spanish defender/midfielder prides himself on being a lifelong Real Madrid fan, but with his career now at a vital crossroads he could be tempted to move on.

His loyalty to Real Madrid means a move abroad is the most likely scenario for to look for, with Premier League side Arsenal rumoured to be tracking his situation.

Highly rated B team stars Hugo Duro and Sergio Arribas are also nearing the end of their own respective contracts, but the club have not provided any confirmed update on their long term plans for the pair beyond the summer.