Pep Guardiola: “I think Eric García is going to play for Barcelona”

Barcelona news is recent times has focused on the club’s pursuit of Manchester City defender Eric Garcia and Pep Guardiola has now hinted at an update on the situation.

The central defender is out of contract at the Etihad this summer and could return to his hometown city, where he left to join City back in 2017. 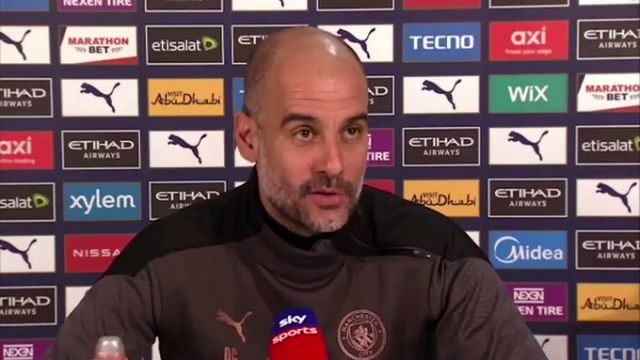 The Blaugrana have been strongly linked with a move for the central defender, who has taken centre stage of Barcelona transfer news this calendar year.

Guardiola told reporters on Monday, in quotes that have been carried by Marca: “I think Eric García is going to play for Barcelona and they do not buy normal players, they want him because he is a top player.

“You can’t imagine what Eric means to me. He is like a son. Last season after confinement he was our best central defender. He didn’t make any mistakes, not a single one.”

Garcia started seven matches for City after the return of English football last June last season but he has been limited to just two Premier League starts this campaign, and none since October.

The Catalan-native has fallen down the pecking order following the arrivals of Ruben Dias and Nathan Ake at the Etihad Stadium this summer, alongside a resurgence in form from John Stones.