Pep Guardiola‘s Manchester City have played 27 games without losing in all competitions, chaining 20 consecutive victories. They haven’t lost, as per Marca, since their 2-0 defeat against Tottenham Hotspur on 21 November. 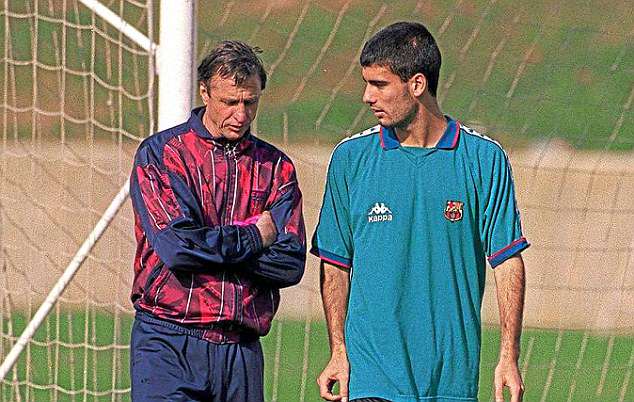 It’s form that’s taken them to the top of the Premier League, 13 points clear of Leicester City and Manchester United. They’ve also reached the final of the League Cup, the quarter-final of the FA Cup and the last 16 of the Champions League, the first leg of which they’ve already won 2-0.

It wouldn’t be too much of an exaggeration to say that City are the best team in Europe at the moment, superior to Atletico Madrid, Paris Saint-Germain, Bayern Munich and Juventus. There’s many reasons for this. They’re defensively imperious, blessed with an abundance of options in attack, have Kevin de Bruyne in midfield and Guardiola on the bench. 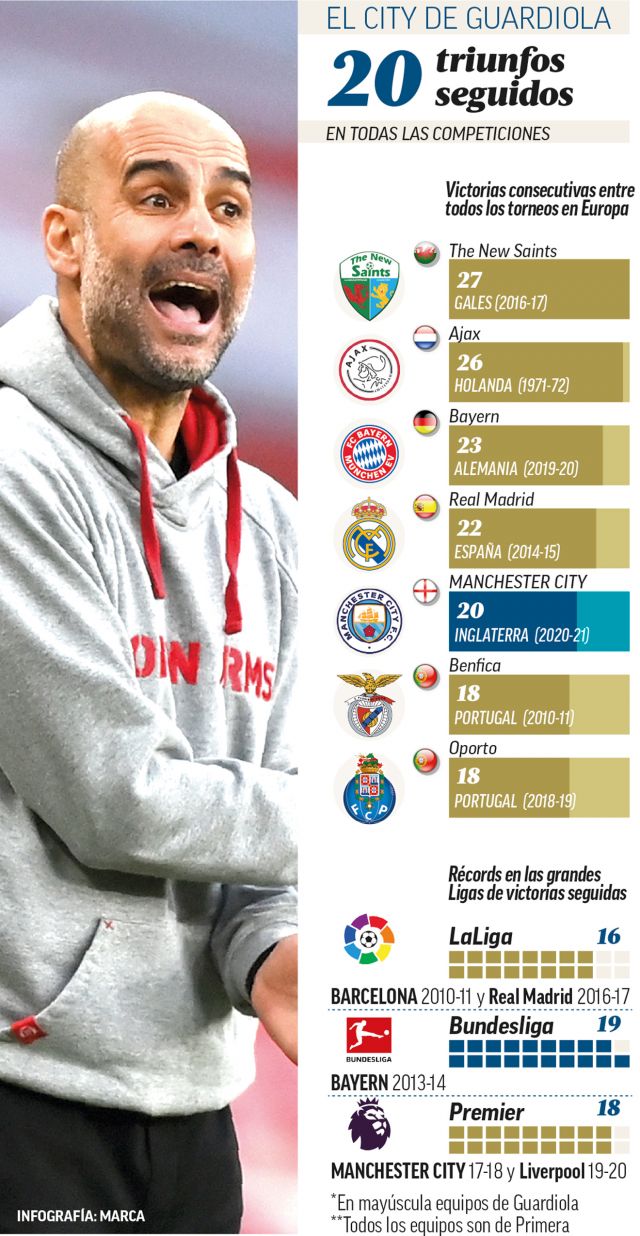 They’re just two wins away from matching Real Madrid‘s record of 22 consecutive victories in the 2014/15 season, and are truly a force to be reckoned with. Everyone in Europe will hope to steer clear of them should they progress to the quarter-final of the Champions League, perhaps a more realistic ambition for Madrid than Barcelona, the club that made Guardiola as a player and a coach, and, to a lesser extent, Atletico.