Barcelona manager Ronald Koeman has denied speculation over a rift between him and La Blaugrana star Antoine Griezmann.

Koeman opted to start the French international on the bench in their 2-0 La Liga win at Sevilla this weekend, with Martin Braithwaite and Ilaix Moriba brought on instead of him.

However, the Dutch coach has moved dismiss talk of an issue between them, stating the decision was based on a tactical tweak against Julen Lopetegui’s side. 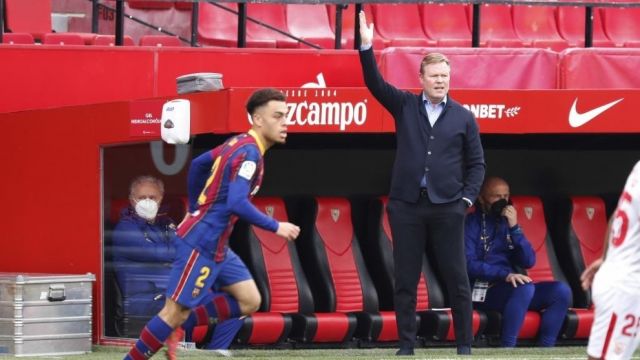 “It was not a message to him (leaving him on the bench),” he told an interview with Marca.

“We have decided to change the system and, to have depth in the team, we have put Dembele up front.

“At 1-0 in front we decided that next to Leo we needed someone faster than Griezmann. It is no punishment.”

Griezmann has started 20 league games this season, with 23 La Liga appearances in in total, with Messi, Frenkie De Jong and Jordi Alba the only ones with more Barcelona league starts in 2020/21. 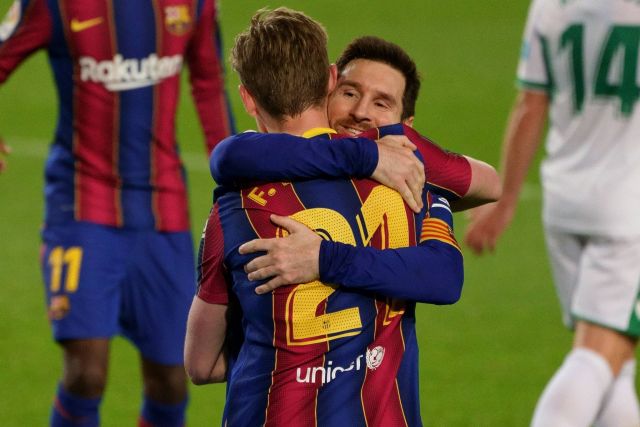 The former Atletico Madrid star could return to the starting XI in midweek, as Koeman’s side play the reverse of this fixture in their Copa del Rey semi final second leg against Sevilla at the Camp Nou.

Lopetegui’s side are currently leading 2-0 on aggregate after a dominant first leg win at the Estadio Ramon Sanchez Pizjuan.