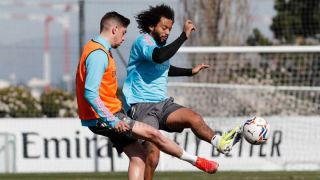 Marcelo, Fede Valverde, Alvaro Odriozola all trained with their teammates at Valdebebas on Saturday afternoon to take a huge step forward in their recovery process according to a report in Diario AS. Should they do the same on Sunday it’s possible they could make it into the matchday squad for Real Madrid‘s La Liga clash with Real Sociedad this coming Monday evening. 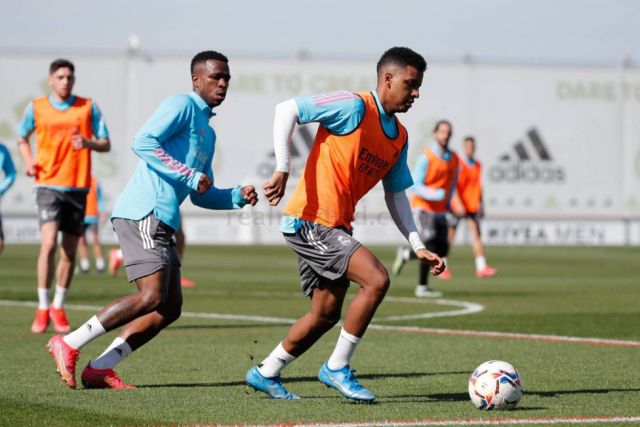 Marcelo was injured on 9 February against Getafe, with a muscle tear in his left leg. It was unfortunate especially because he had been playing one of his best games this season. Valverde has been missing since 22 January, when he picked up an issue in the Copa del Rey clash with Alcoyano. Odriozola was left with discomfort after the tie with Huesca, and his return would be a boost for coach Zinedine Zidane given Dani Carvajal’s continued absence. Rodrygo has been injured since 23 December, when he suffered a muscle tear against Granada. 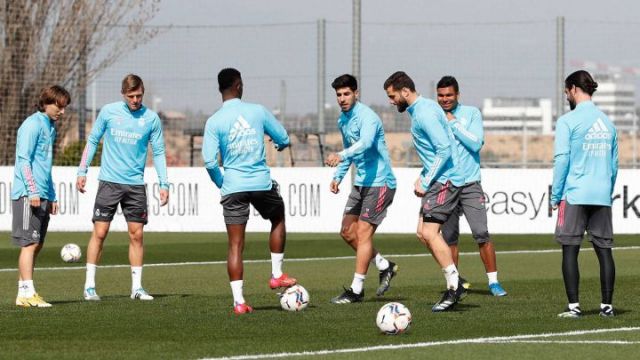 Carvajal is joined by Eden Hazard, Karim Benzema, Eder Militao and, of course, captain Sergio Ramos as longer-term absentees. Ramos and Carvajal are still in the gym while the others are on the grass, but alone. Madrid expect Hazard, Benzema and Militao to be in the running to face Atletico Madrid on 7 March.