Real Madrid would have been delighted with securing victory in the first leg of their Champions League Round of 16 first leg clash against Atalanta.

However, despite the home side being shown an early red card and Los Blancos running out 1-0 winners they are said to be frustrated at the yellow card shown to holding midfielder Casemiro. 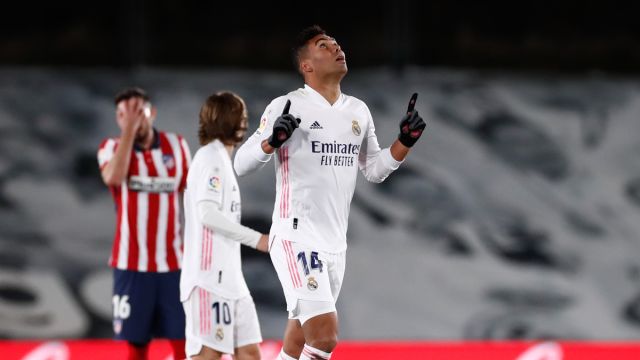 The Brazilian was booked in the first half which subsequently means he is suspended for the return leg in Madrid next month, but Cadena Cope now claim Madrid will appeal the decision.

Casemiro was somewhat fortunate to escape a second yellow card later in the game when he went down inside the area with no contract, with the referee rushing over to reprimand the midfielder but elected not to produce a red card.

Real Madrid news now looks set to focus on the return leg in the Spanish capital next month as they aim to seal their progression to the quarter-final stage of the competition for the first time since 2018.