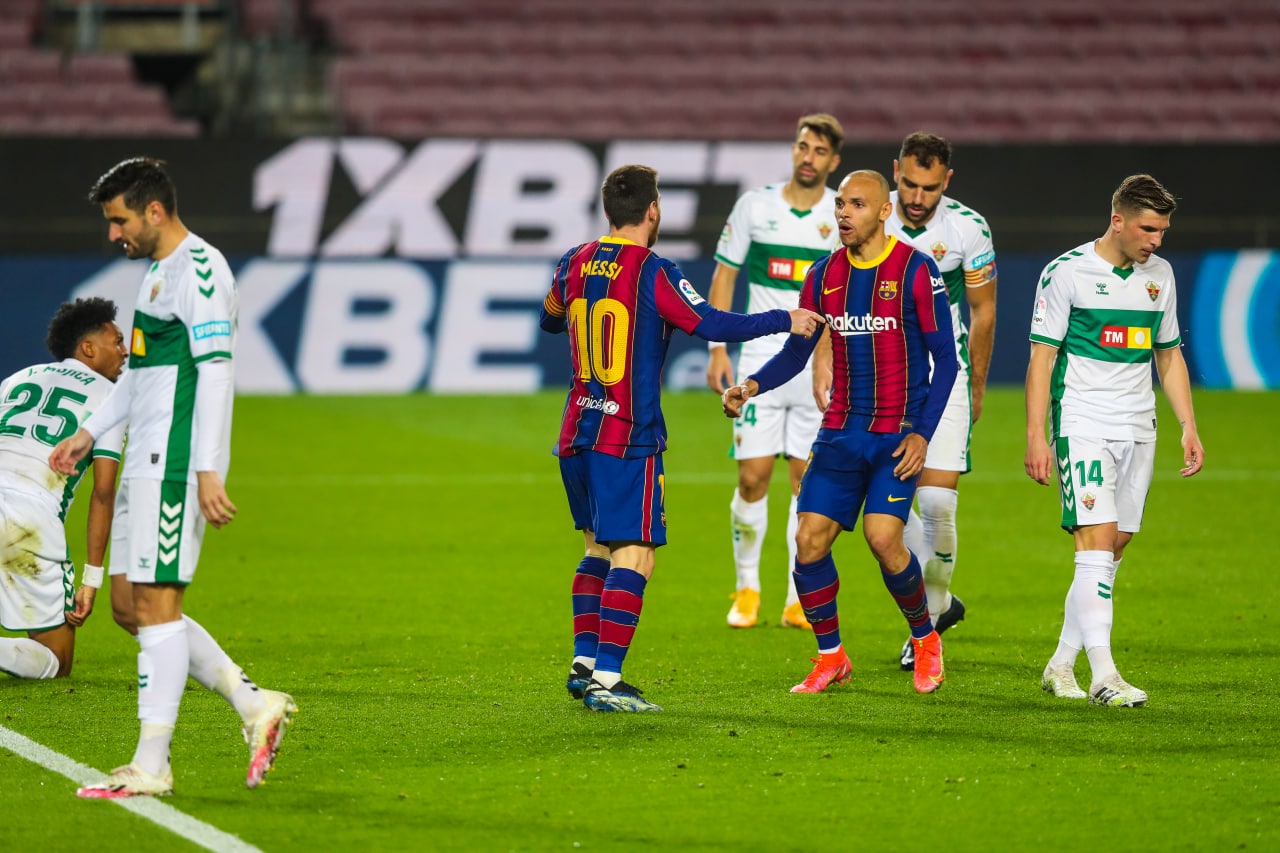 Watch: Lionel Messi scores his and Barcelona’s second against Elche with delicious golazo

Barcelona play Elche this evening at Camp Nou in La Liga. It’s a pivotal one. Atletico Madrid’s stutter last week against Levante has opened a window for Barcelona to re-insert themselves in the title race, but it’s a narrow one that could close without victory.

Barcelona’s first objective is to regain third place after Sevilla leap-frogged them on Monday evening. Victory would regain momentum for the Blaugrana after defeat to Sevilla in the Copa del Rey and Paris Saint-Germain in the Champions League, as well as the aforementioned draw with Cadiz.

If they fail to win this evening they can kiss La Liga goodbye, but if they win they’ll reach 50 points. This means they’ll be two from Real Madrid and just five from Atletico. If Barcelona don’t win they’ll be closer to fifth-placed Real Sociedad than Atletico.

Barcelona struggled during the first half to really assert themselves on the game. The best opportunity of the opening period fell to Francisco Trincao, but it was Lionel Messi who was pivotal at the beginning of the second half. The Argentine carried the ball from deep, performing a one-two with Martin Braithwaite, before slotting home with a golazo to give Barcelona the lead.

Messi scored his second just as the game was heading into the final 20 minutes to all but secure the three points for Barcelona. Frenkie de Jong carried the ball from deep expertly before unselfishly squaring for the Argentine, who finished with a deliciously nonchalant poke past the goalkeeper.