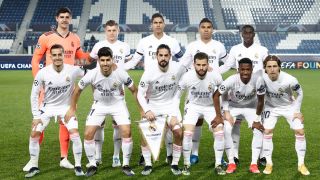 Real Madrid travelled to Italy this evening to face Atalanta in the last 16 first leg of the Champions League. Los Blancos won their group in the previous phase of the competition, finishing two points clear of both Borussia Monchengladbach and Shakhtar Donetsk and four points clear of Inter.

The game opened furiously in terms of incident. Remo Freuler was sent off for Atalanta early doors in a controversial decision, before Casemiro picked up a booking that will ensure he misses the second leg. Duvan Zapata, an important player for the Italians, also limped off injured.