Xavi or Ronald Koeman? Barcelona supporters split on who should lead them forward

The immediate future of Barcelona comes down to a clear choice according to a report in Marca. Xavi or Ronald Koeman? A survey taken after Barcelona’s 4-1 defeat by Paris Saint-Germain in the Champions League this past week has shown that there’s almost a perfectly even split between the supporters regarding their desire to continue with Koeman (44%) or switch to Xavi (45%).

Koeman has earned respect during his stint in Catalonia, taking tough decisions that position him well in terms of being able to continue with his project. The Dutchman has used youngsters well, building toward a brighter future, and many feel that he’s earned the chance to see through this transition period and recruit some of his own men to put his stamp on the team. 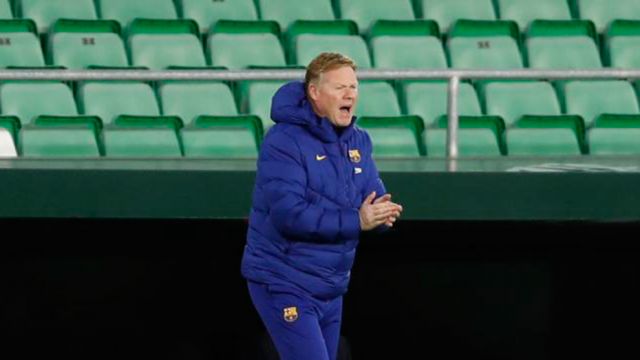 Xavi, of course, is a name that’s been mentioned prolifically. Many Barcelona fans dream of a visionary like Pep Guardiola to lead the club in a post-Lionel Messi era, and see Xavi as the perfect candidate. The former midfielder has been coaching in Qatar ever since he retired, and is four years older than Guardiola was when he took over the Barcelona first team in 2008.