The agent of Rennes star Eduardo Camavinga has cast doubt on Real Madrid being able to finance a deal for his client.

The teenage sensation has gone from strength to strength for the Ligue 1 club, whom he helped to propel to qualification for this season’s Champions League and has grown into one of the standout players in the division, with his future featuring in Real Madrid news.

The teenager is one of the hottest stars in world football but his agent Jonathan Barnett – who also represents Gareth Bale – is now questioning if Madrid, or indeed any other Spanish side, have the capability of signing him.

“So unfortunately we have to wait and see what happens.

“From my perspective, Real Madrid is a great club, a great club to play for. Eduardo will be able to choose between many teams if Rennes decides to let him leave.

“It is not just a matter of one club, there are many clubs. We have to sit down and talk to Rennes and other clubs. It is a decision for Rennes because there is a contract involved.

“We are the agents, not his father. Before he had another agent and his father was only present; he has done positive things. He is a very sensible man and I have a lot of respect for him.” 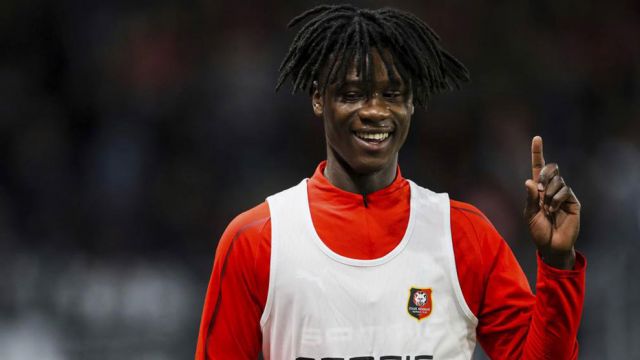 The Angolan born star will likely dominate transfer speculation in the months to come but he is out of contract at Rennes in 2022 and a decision is likely to be made soon regarding any future destination.