UEFA have confirmed that this season’s Youth League has been cancelled due to the ongoing Covid-19 pandemic.

Real Madrid news last season saw the club lift the tournament for the first time in their history with five of their star players – Marvin Park, Sergio Arribas, Miguel Gutierrez, Antonio Blanco and Victor Chust – appearing for the club’s first-team this campaign. 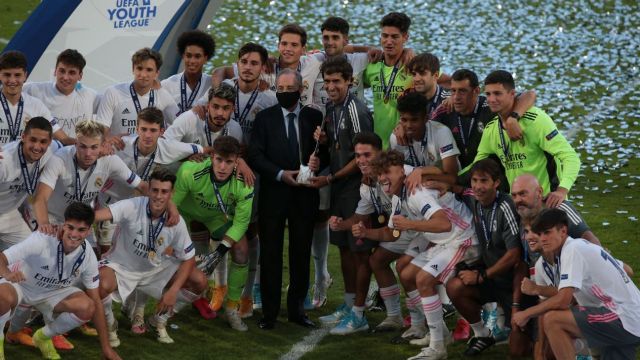 Madrid were one of five Spanish clubs scheduled to be in this year’s edition – alongside Barcelona (who won the competition in both 2014 and 2018), Atletico Madrid, Sevilla and Celta Vigo, the latter of whom qualified courtesy of winning their domestic cup last season.

The UEFA Executive Committee made the decision to cancel this year’s tournament on Wednesday due to the travel restrictions in place across the continent.

Whilst the board had considered postponing the competition, this option was overruled due to the pressing timeframe on the decision.