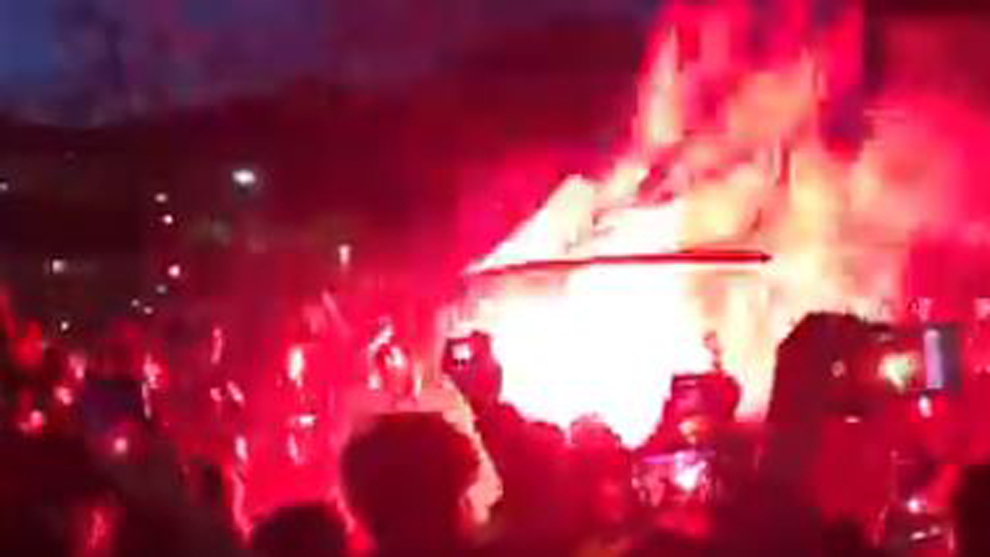 Hundreds of Barcelona fans defied advice to stay home ahead of their side’s Champions League tie against Paris Saint-Germain at the Camp Nou tonight.

As highlighted by Marca, players and coaching staff from both sides were delayed in accessing the stadium on Tuesday evening ahead of kick-off due to large groups of fans – with flares and fireworks – gathering outside the facilities.

This goes against official health advice throughout Catalonia, Spain and wider Europe that fans should remain at home due to the Covid-19 pandemic.

The situation has been heightened by events in Barcelona news in recent times creating friction with Paris Saint-Germain, including the future of the Blaugrana’s star player Lionel Messi.

PSG president Nasser Al-Khelaïfi was greeted by chants of ‘thief’ from the home fans due to the club’s pursuit of Messi, while there were also multiple derogatory banners and chants towards the French club

Read more: Mauricio Pochettino hits back at Barcelona over comments on Lionel Messi

The game is being staged behind closed doors, while the report adds that fans had previously gathered outside PSG’s hotel in order to disrupt their preparation for the match.