Football rewards those who never give in, note Mundo Deportivo. Last night’s Barcelona victory over Alaves, where the Catalans won 5-1, was proof of that. Lionel Messi, who’s been questioned incessantly this season, scored a brace, as did Francisco Trincao, who’s been under a different kind of pressure. Their performance means that the Catalans’ go into their Champions League last 16 clash with Paris Saint-Germain full of confidence. 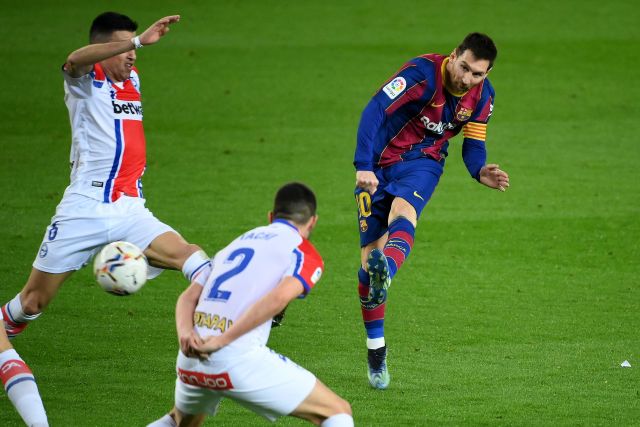 Trincao responded well to his first start in La Liga for Barcelona, opening the scoring a half-an-hour into the game with a neat left-footed finish to kill a cohesive team move. The Portuguese grabbed his second 15 minutes from the final whistle, pouncing on a spilled shot to earn his double. 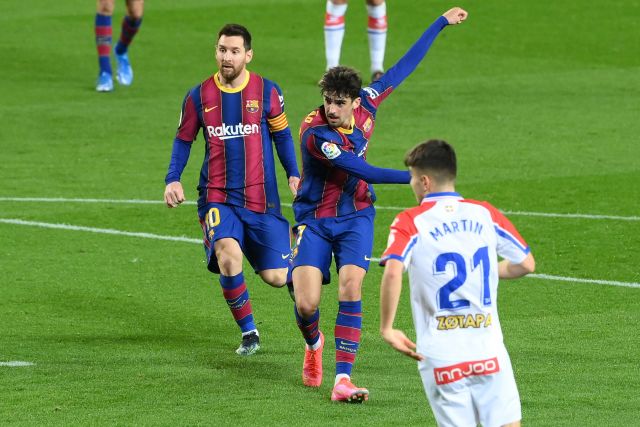 Messi, who was celebrating equaling Xavi’s record of 505 games for Barcelona in La Liga, opened his account for the evening in the 36th minute with an unstoppable left-footed drive from outside the area. His second was another golazo, this time in the 76th minute. The Argentine is now one off his great friend Luis Suarez in the race for the Pichichi, with 15 goals.