Barcelona star admits his confusion over lack of playing time

Barcelona midfielder Miralem Pjanic has spoken out over his confusion at his limited role at the Camp Nou so far this season.

The Bosnian international joined Ronald Koeman‘s team in a deal which saw Arthur Melo head to Juventus in the opposite direction.

However, despite initial hopes of the 30-year old forming a midfield unit with Sergio Busquets and Frenkie De Jong in 2020/21, he has started just five La Liga games.

Despite playing a restricted role, Pjanic insisted he is happy in Catalonia, but he is unsure about why he has seen so little game time. 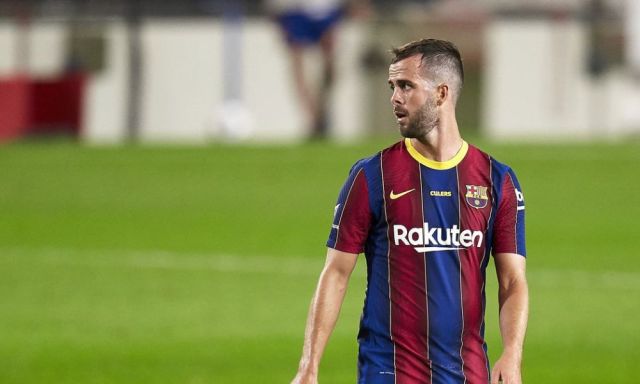 “The exact reasons why I do not have the expected playing time, I do not know”, he told an interview with Telefoot, as reported by Marca.

“I will continue to work hard and we must respect the decisions that are be made, even if I do not agree, as I want to leave my mark on this club.”

The former AS Roma star admitted Barcelona face a real challenge in their Champions League clash with PSG, due to the French side’s determination to win the competition.

He claimed their ‘obligation’ to win Ligue 1 was similar to his previous situation in Turin, but admitted Barcelona have a strong chance of progressing into the quarter finals.