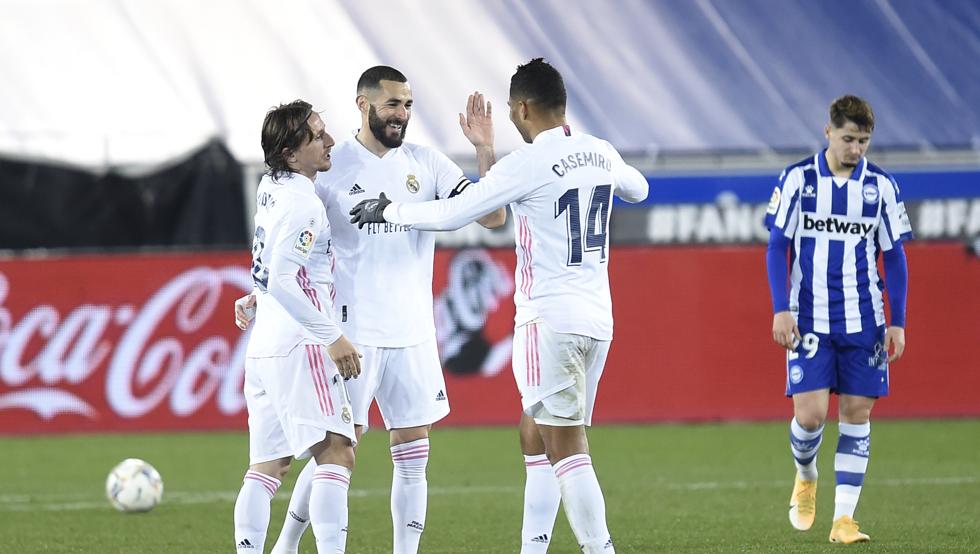 The old guard of Madrid are at their limit

The plague of injuries that have affected Real Madrid so intensely during this part of the season has left Zinedine Zidane with selection headaches according to Mundo Deportivo.

The Frenchman has been reluctant to rotate this season, and heading into its decisive part that could prove to be a recipe for further injuries. Seven players have been playing everything.

The spine of the team is formed by Thibaut Courtois, Raphael Varane, Ferland Mendy, Casemiro, Toni Kroos, Luka Modric and Karim Benzema. They’re being squeezed to the limit right now in the hope of keeping Madrid’s chances in La Liga alive as well as fighting for the Champions League. Those seven players average 83.4% of possible minutes completed this season.

The numerous injuries suffered by some of the squad contrasts with the sturdiness of these men. Despite the dizzying pace of football being played domestically and in Europe, they’ve managed to hold tight, as if they were made of granite.