Rubiales told Cadena Ser programme El Larguero: “Football is evolving, and UEFA have to be the ones charged with that evolution.”

“Yes, big clubs need to play games because they attract huge audiences, but I hope the Super League doesn’t happen. That means leagues need to think about how to reduce the number of games that are played.

“We’ve (in Spain) got a league with 38 games, and reform can only be done in two ways: either you reduce the number of sides in the league or you change the format.

“Clubs won’t want to reduce the number of teams in the division, so you must look for other formats – lets say 33 rounds of matches and perhaps more than two Clasicos played.

“We can sit down and talk about this with La Liga and the dreams of (league president, Javier) Tebas.

“I am an optimist that there will not be a breakaway European Super League from UEFA.”

Suarez is hungrier than ever

The story of La Liga this season is Atletico Madrid’s great form helped by their summer signing Luis Suarez.

The Uruguayan has netted 16 goals in the Spanish top-flight this campaign and he insists he is hungrier than ever with his levels of motivation still the same. 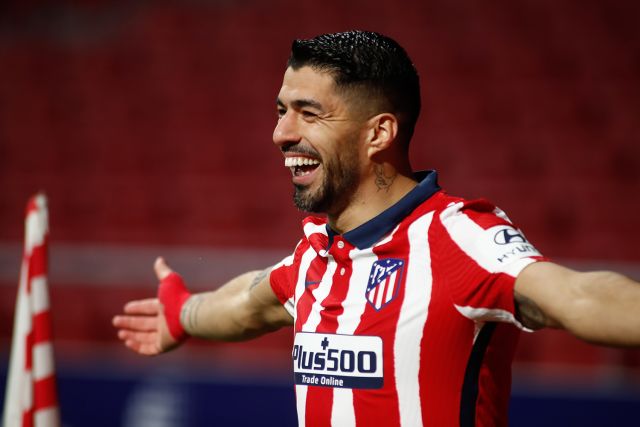 Suarez said at a promotional event, in quotes carried by Marca: “A forward lives on scoring goals but what I try to do is to help the team. Despite being 34 years old, I am hungrier than ever. We are on a positive streak and the important thing is that we continue like this to be able to reach our objectives because the forward does not perform if he does not have a team that does a great job.

“You try to help the team, sometimes you score a lot of goals and other games you cannot do it, but the important thing is that the team scores three to reach the goal.”

Pochettino hits back at Barca

The Argentine star is out of contract at the Camp Nou this summer and there is increasing discontent between the clubs with suggestions that he could move to Paris this summer as a free agent.

Pochettino told Onda Cero radio station El Transistor: “I understand that you should talk as little as possible about a player who is not in your team but that is not only applicable for PSG, but for all teams to carry out their transfer strategies and for are players who are ending their contract. From Paris, no one has been disrespected.

“For a player to express a desire that he would like to play in the same team with another player, it seems to me to be valid. Many Barça players expressed their desire for Neymar to return.

“I have been watching all the teams for more than a year, so yes, I have studied Barça. Messi is a machine, a competitive animal.”