They are two organisations who have often feuded publicly over the years and they now appear to be on a collision course once again.

The president of the Spanish FA, Luis Rubiales, has called for mass reform of La Liga by claiming that there should be fewer rounds of fixtures but to increase the number of El Clasico matches between Barcelona and Real Madrid.

Barcelona news and Real Madrid news has featured the clubs support for such a breakaway structure, that would also feature Atletico Madrid, but there is strong opposition from the leagues, FAs and from FIFA and UEFA to the proposals. 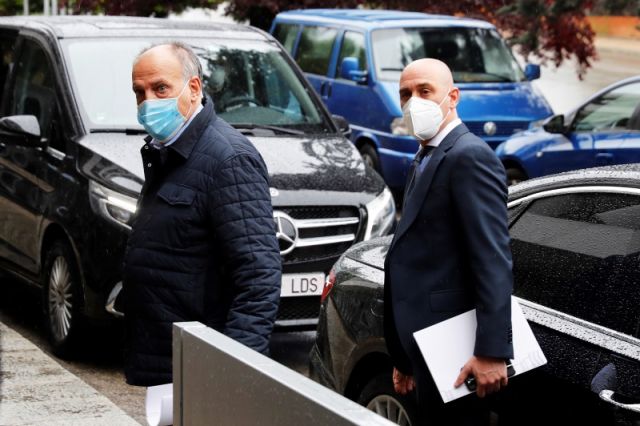 Rubiales told Cadena Ser programme El Larguero: “Football is evolving, and UEFA have to be the ones charged with that evolution.”

“Yes, big clubs need to play games because they attract huge audiences, but I hope the Super League doesn’t happen. That means leagues need to think about how to reduce the number of games that are played.

“We’ve (in Spain) got a league with 38 games, and reform can only be done in two ways: either you reduce the number of sides in the league or you change the format.

“Clubs won’t want to reduce the number of teams in the division, so you must look for other formats – lets say 33 rounds of matches and perhaps more than two Clasicos played.

“We can sit down and talk about this with La Liga and the dreams of (league president, Javier) Tebas.

“I am an optimist that there will not be a breakaway European Super League from UEFA.”