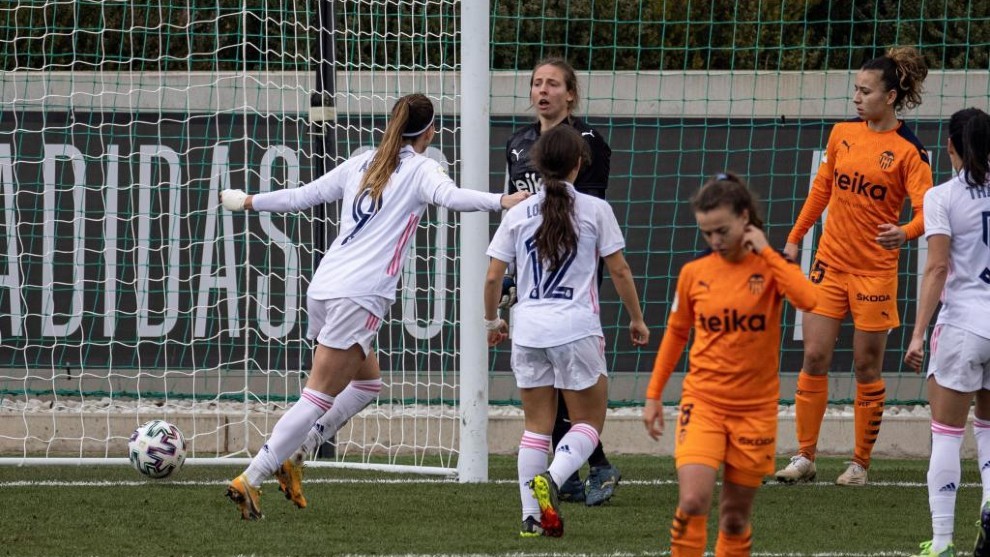 Real Madrid news at the start of the season saw Kosovare Asllani in fine form but had found the going somewhat tougher in 2021. Without a goal in five matches, she was even dropped to the bench for the defeat by Barcelona.

But it is fair to say she put those troubles behind her against Valencia in Valdebebas last Saturday when she scored a hat-trick inside 155 second half seconds, making it the fastest ever scored by a woman, and the third fastest in professional football history.

In an eventful game for the Swedish international, she also had a goal ruled out for offside and had to leave the game early following a blow to the face which left her with a broken nose and ruled her out of Madrid’s midweek trip to Sevilla. 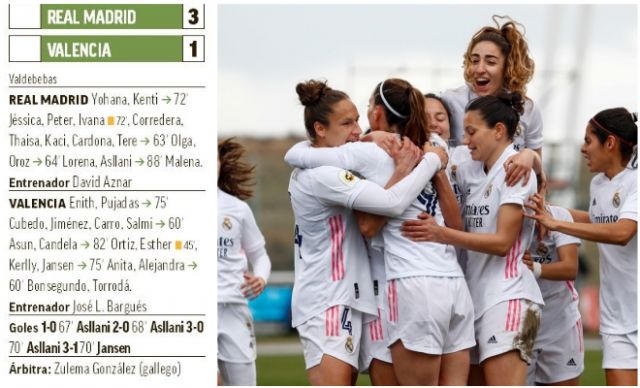 Records continue to fall for Barça

Madrid was not the only place where a record was broken last weekend with Barcelona news also seeing records tumble. In Logroño, Barcelona added two more to their astonishing list of achievements this season. 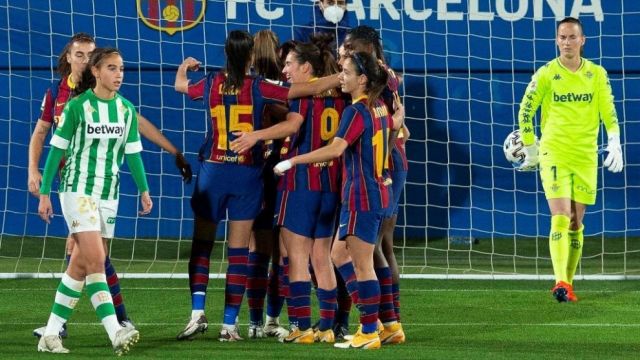 Their 2-0 win extended their 100 percent start to the season to 15 games, while also taking their overall run of wins to 19.

Then their midweek hammering of Betis extended those records even further. They have already scored 84 goals and after slightly slow starts to their own seasons, Jenni Hermoso and Asisat Oshoala are putting pressure on Levante’s Esther in the race for the Pichichi trophy.

This weekend they finally play last season’s Copa de la Reina final against Logroño in Málaga, looking to complete the third domestic double in their history. 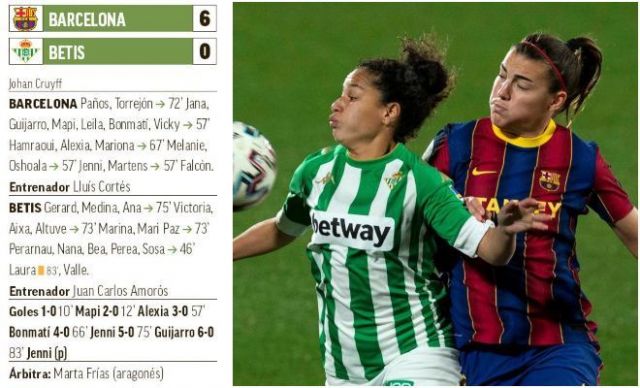 Another difficult week for Atlético

The chances for Atletico Madrid in the Champions League have taken another hit over the last seven days.

On Saturday in Tenerife, they twice fell behind and needed a 90th minute equaliser from Deyna Castellanos to salvage a point. This was probably not such a surprising result in context, Tenerife have an excellent home record this season and drew with Atlético in their previous meeting in Alcalá back in October.

But their midweek result was altogether more shocking. Santa Teresa have been in the relegation zone most of the campaign and travelled to Madrid on the back of a 3-0 home defeat by Deportivo Abanca. The last thing anyone would have expected was for them to return from the Centro Deportivo Wanda with a 1-0 victory, secured by Bélen Martínez’ 57th minute strike.

Already trailing Levante and Real Madrid, Atlético have now been leapfrogged by Madrid CFF in the top three race and the former two teams have games in hand.

The relegation battle heats up

The scrap to avoid dropping out of the league has taken a couple of dramatic turns in the last couple of weeks. Santa Teresa’s win over Atlético was by far the most notable result, but almost all the teams in trouble have picked up what could be important points in the last two matchdays.

Deportivo Abanca had been struggling since the turn of the year, but their 3-0 win against Santa Teresa on Saturday was just the tonic they needed and a point at home to Eibar on Wednesday lifted them off the bottom, even though they will be disappointed that they couldn’t take all three.

Betis are now bottom, but they still have hope, having beaten Sporting Huelva last Saturday. Sporting themselves are only one point from safety after beating Rayo Vallecano 1-0 in midweek.

It is going to be a tremendously tight end to the season and with four teams going down, to facilitate the reduction of the league back to 16 teams, we could even see the likes of Athletic Club, Espanyol or perhaps even Eibar dragged into the dogfight.