There has been a massive blow for Real Sociedad ahead of their Europa League clash against Manchester United with their vice-captain and star forward Mikel Oyarzabal sustaining a hamstring injury.

The Spain international has grown into one of the best attacking talents in La Liga and has netted 12 goals domestically for La Real so far this campaign.

Oyarzabal is likely to miss the first leg of the tie – now set to be staged in Turin due to the travel ban on UK arrivals in Spain – on 18 February and is a doubt for the return game at Old Trafford in Manchester, seven days later, as per Marca.

The 23-year-old will sit out this weekend’s league trip to Getafe and will be hopeful of being back in the line-up for the home clash against Alaves on 21 February. 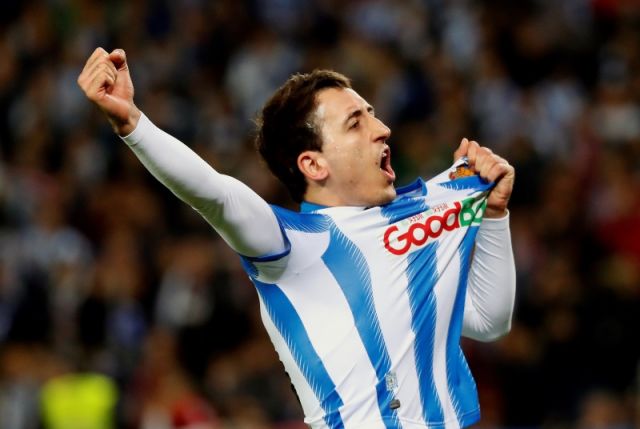 Oyarzabal has four goals in 11 international caps for Spain and has enjoyed a sharp rise to prominence in recent campaigns.