Xavi: “People will be pleasantly surprised when they come to Qatar”

Barcelona legend and current Al Sadd coach Xavi has been speaking about the forthcoming World Cup in Qatar in comments carried by Marca.

“I think the way the tournament is scheduled is a great advantage, for the players and the fans,” Xavi said.

“Historically the World Cup has been at the end of the season for most players, when they’re tired mentally and physically. In 2022, they’ll be in the best possible shape [when it’s held in winter], so that’s an advantage for everyone.

“You’ll be able to watch two matches on the same day [due to the small size of the country], which means we’ll have a historic World Cup.

“I have no doubt that people will be pleasantly surprised when they come to Qatar and experience what the country has to offer.”

Xavi is currently developing as a coach in Qatar while also serving as an ambassador for the 2022 World Cup. He’s a name that frequently dominates Barcelona news right now given the uncertainly that has enveloped the club since he left. 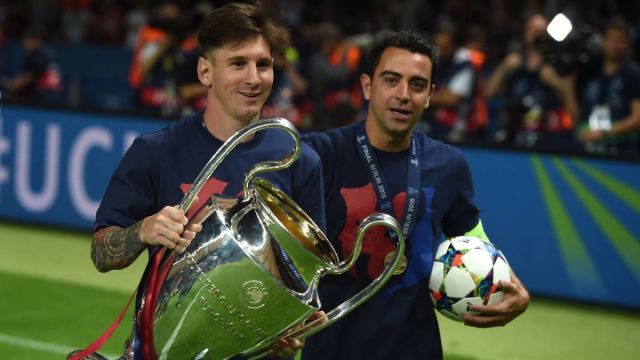 Xavi has long been viewed as a potential Pep Guardiola-like figure at Barcelona, someone who could come into the club and reassert the identity that the aforementioned Catalan instilled in his charges when he sat in the Camp Nou dugout.

One of the most decorated footballers of all time, a selection of Xavi’s honours include eight La Liga titles, four Champions Leagues, two European Championships and the World Cup.

Barcelona are at a low ebb right now, faltering domestically and in the midst of a crisis of identity. Victor Font, one of the club’s presidential candidates in the forthcoming election, has promised to bring Xavi in as his coach.