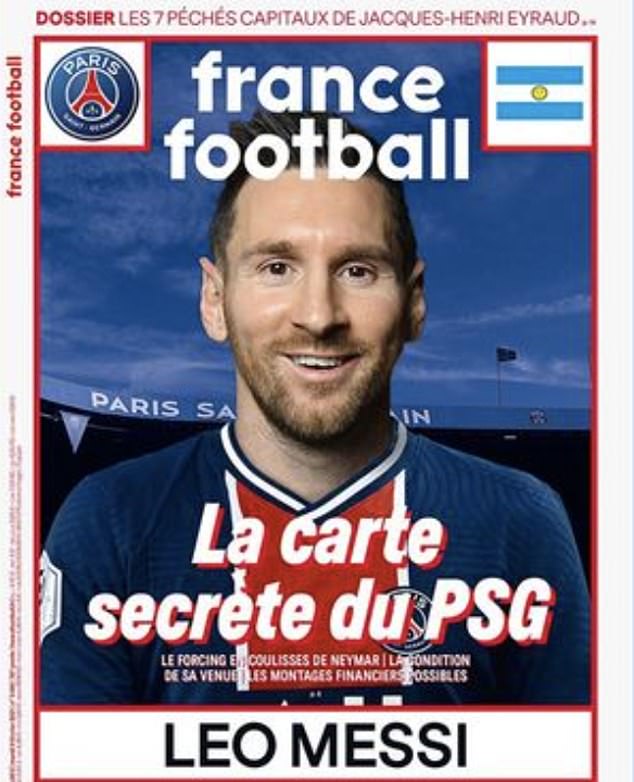 The Argentinian international has been heavily linked with a move away from the Camp Nou this summer when his current contract with the La Liga giants expires at the end of the season.

Despite consistently stating he will wait until the completion of the campaign before making a decision on his future, the rumour mill has gone into overdrive.

However, with Mauricio Pochettino’s new side one of front runners to make a move for Messi, France Football, reported via Mundo Deportivo, have mocked up a front page image of the 33-year old wearing their famous jersey.

Barcelona will face the Ligue 1 champions in their Champions League last 16 first leg on February 16 with Messi facing his former teammate Neymar in their first meeting since the Brazilian controversially left La Blaugrana in 2017.