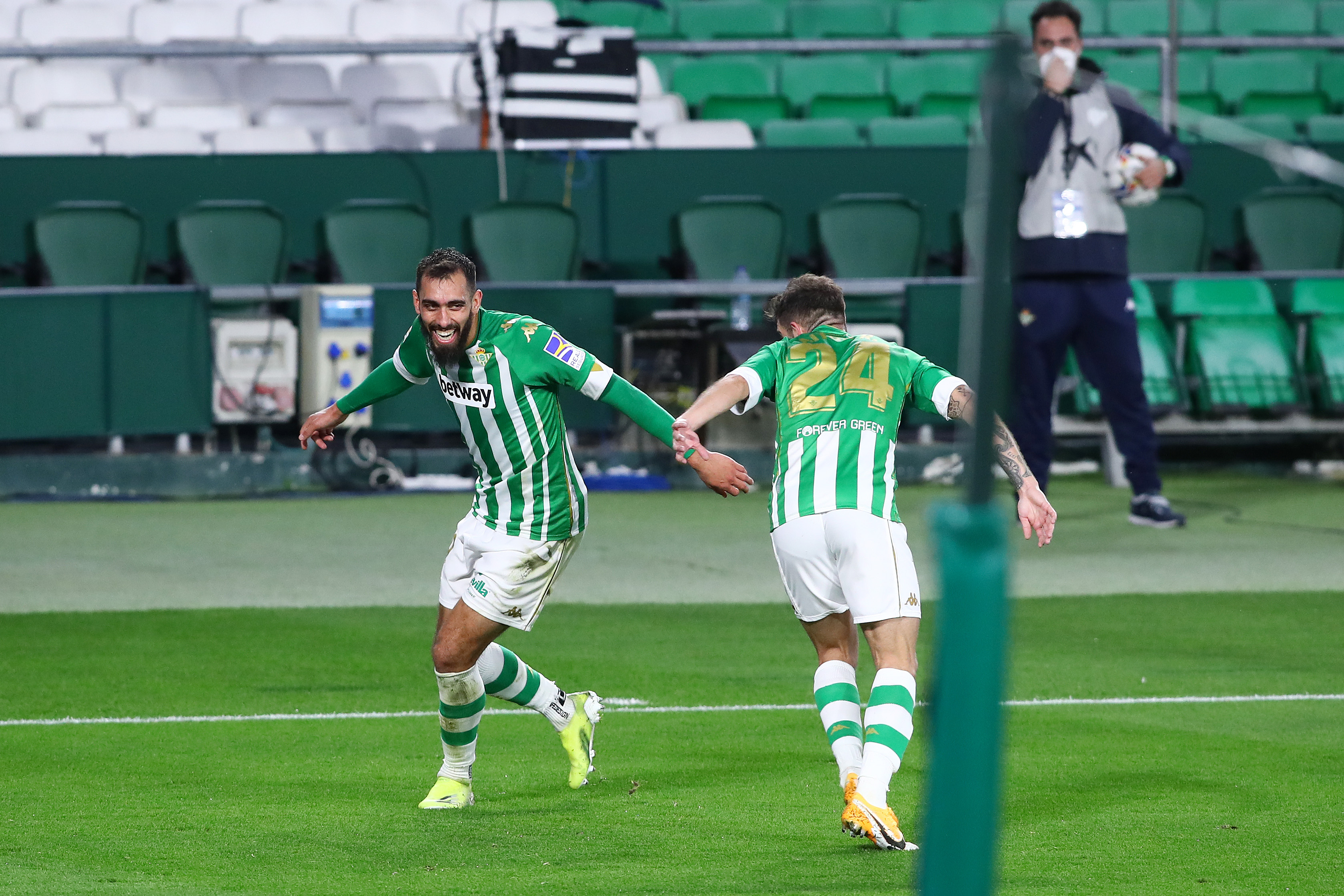 Real Betis striker Borja Iglesias has handed Manuel Pellegrini’s side a shock 1-0 half time lead at home to Barcelona.

Ronald Koeman’s visitors are aiming to keep up the title pressure on La Liga leaders Atletico Madrid with a positive result in Andalucia.

However, his side have struggled for any sort of rhythm at the Estadio Benito Villamarin, with no shots on target inside the first 45 minutes.

In fact, Iglesias’ finish was the only effort on target for either side in the first half, as he got the better of Marc Ter Stegen.

Emerson’s intelligent through ball released him in behind the Barcelona defence and he kept his cool to lift a finish over the German international.

A counter from the home side undoes Barca's defence 🟢⚪ pic.twitter.com/WxZcT7BIq6

Koeman is certain to make changes in the second half to try and spark some attacking intent into his team, with rested pair Lionel Messi and Pedri both options off the bench for the Dutch coach.