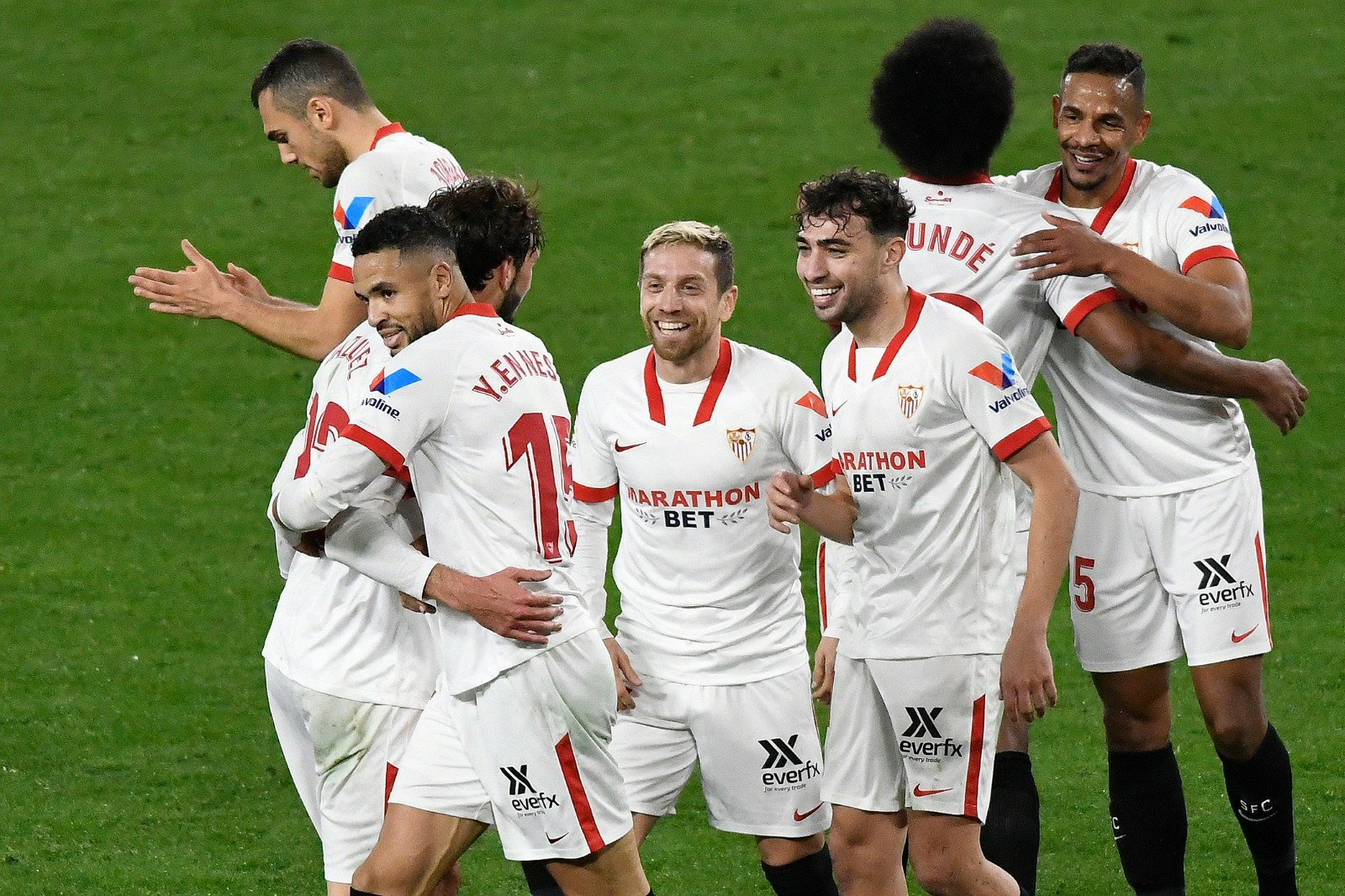 Sevilla have kept up their quest to secure a Top Four finish at the end of the 2020/21 La Liga season with a straightforward 3-0 win at home to ten man Getafe.

Julen Lopetegui’s side have now won their last six games in all competitions, as late goals from Munir El Haddadi, Papu Gomez and Youssef En-Nesyri lift them above Barcelona overnight.

Getafe’s Nemanja Maksimovic wasted the best chance of the first half as he headed narrowly wide with Lucas Ocampos denied by Ruben Yanez at the other end. 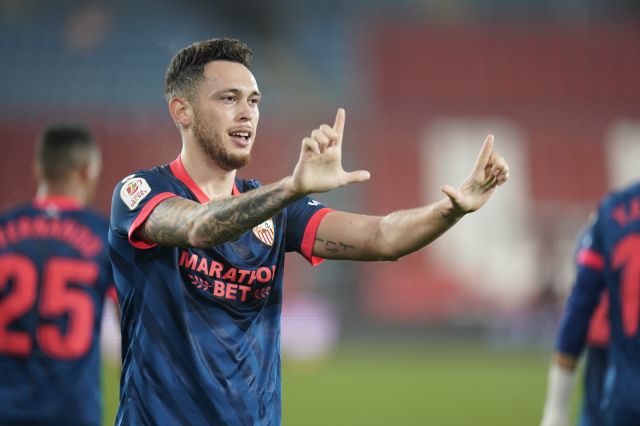 The hosts looked to step up the pressure after the restart and their cause was helped by Dakonam Djene being shown a red card for a lunge at Ocampos.

That tipped the balance in Sevilla’s favour in the final half hour as substitute El Haddadi tucked home with his first touch.

Lopetegui’s side finally wrapped up a bad tempered tie in the final minutes, as Gomez bent home a spectacular effort, before En-Nesyri raced clear to fire home his 13th league goal of 2020/21.