Iker Casillas has received one of the personalised beers sent to each goalkeeper that Lionel Messi has scored against in celebration of the Argentine’s 644th goal for Barcelona according to a report in Diario AS.

The goal meant that Messi overtook the great Pele as the man to have scored the most goals for a single club, and most of the goalkeepers to receive a Budweiser bottle have posted a message to Messi on social media, Casillas included.

“I thought they were never going to arrive!” Casillas wrote on Twitter. “But here’s my personalised Budweiser bottle. Congratulations Messi for your record with goal 644. I remember when you scored goals 264 and 265. A good game, a good draw and even better, you never scored against me again!”

Casillas was referring to a clash between Real Madrid and Barcelona on 7 October, 2012, a game that ended 2-2. Messi’s brace was answered by two goals from Cristiano Ronaldo. The Argentine didn’t score against Casillas again after that game, despite facing him twice in 2014 and once in 2015. 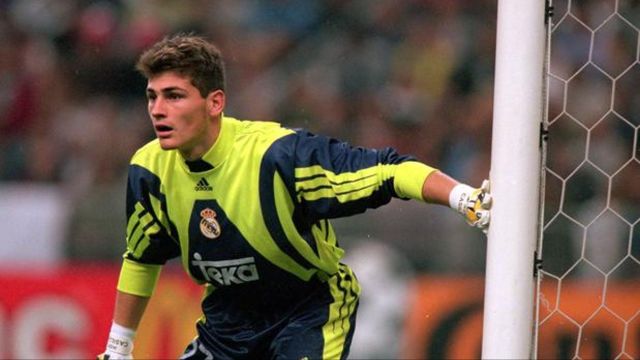 Gerard Pique, always quick to make a joke, got involved on Instagram. He wrote: “Iker, I guess you can’t fit all the bottles at home. Send me [a picture of all of them].” Casillas responded in kind: “You have too much free time! Between YouTubers, the football team and the statements you make. You have to recover [from injury], right?”

Aside from five years with Porto, Casillas spent his entire 22-year senior career with Madrid, 16 of which he spent as Spain’s goalkeeper. He won five La Liga titles, three Champions Leagues and one Primeira Liga, amongst many other titles, and was an integral part of the Spanish side that won two European Championships and the 2010 World Cup.