Barcelona defender Samuel Umtiti is rumoured to have rejected a shock deadline day move to Liverpool.

The French international has continued to slip down the pecking order at the Camp Nou this season with injuries and the form of Ronald Araujo reducing him to three La Liga starts in 2020/21.

However, as per reports from The Athletic, via Mundo Deportivo, Liverpool Director of Football Michael Edwards targeted the former Lyon centre back as an option. 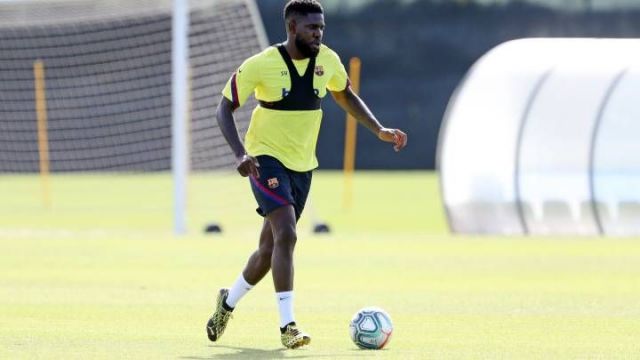 The Reds enjoyed a busy final 24 hours of the winter transfer window, with Ben Davies and Ozan Kabak arriving to ease their defensive injury worries for the second half of the season.

Umtiti is reported to have been higher up the list than other targets for Jurgen Klopp’s defending Premier League champions, with Barcelona open to selling him.

But the 27-year old opted against leaving the Catalan giants in a mid-season move with a final decision on his long term future expected at the end of the campaign.

Liverpool opt against training in Spain ahead of Real Madrid clash
5 April 2021, 20:40