Barcelona‘s epic Copa del Rey victory at Granada midweek has understandably charged the club with adrenaline in its aftermath, with many associated with Barcelona feeling a sense of revenge and satisfaction after so many tough months in Catalonia.

But the leaders in the dressing room are ensuring that nobody gets carried away according to a report in Diario Sport. They know that this Barcelona team need to maintain a low profile and be on red alert for even a hint of relaxation or complacency. 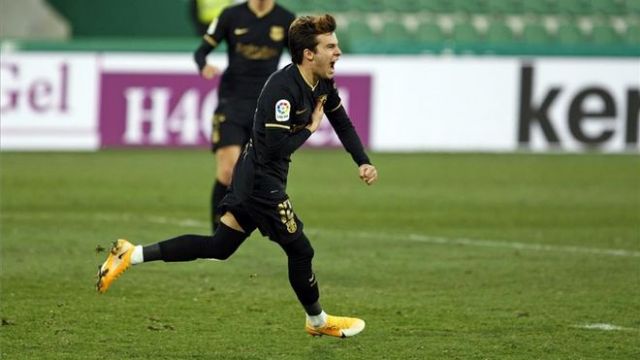 There were some shouts of congratulations in the dressing room after the full-time whistle. The effort the players put into the game was tremendous, overcoming a late deficit to turn the game on its head and win in spectacular fashion, fighting with unity. But things quickly regained a cool-head. They’re aware that there’s still enormous room for improvement.

Lionel Messi instructed his teammates to calm down when they pulled things back to 2-2, but he didn’t have to do the same after the game because the players intrinsically understood the moment they were living. The team is under construction, and not that long ago lost the Supercopa de Espana to Athletic Bilbao. All they can do is work to improve game-by-game.

The youth in the team have brought energy and enthusiasm, while the older heads are beginning to see green shoots. But those same veterans have recent humiliations fresh in the memory, like Rome and Anfield, or the 8-2 at the hands of Bayern Munich. Paris Saint-Germain are just around the corner, and Barcelona accept they’re not the favourites. But they’ll go into that game with optimism, growing week-by-week.